How God Can Help You Speak Much Better Dutch

Have you ever noticed that one thing is always missing when you look at methods for learning languages? Sure, when you follow many different methods, then they’ll always teach you many different things… How to buy stroopwafels, bitterballen or een fiets (a bike) and… at the same time there is one thing that they will never talk about: religion.

You must have heard of that social rule… if you like to have nice conversations with people you meet, you should always avoid these two subjects: politics and religion. Too often, people immediately disagree on these things, and sometimes people could even feel offended when you bring these topics up.

So, what should you do then? Avoid religion and politics? The truth is that there are many other things you could talk about. For example, you could ask: wat is je favoriete tulpenkleur (what is your favorite color for tulips?) Zijn vegetarische bitterballen beter dan normale bitterballen? You get the idea… You could talk about many other things as well… At the same time, what should you do if you really like the subject of religion? My recommendation is very simple. If you find religion interesting, then make sure that you can talk about it in Dutch. Period.

So, if you like to know more about religion, then keep on reading. I will show you how God plays a role in the Dutch language. It will include one popular curse because this is also something that Dutch people like to do. They love to curse! Once again, I think that religion still plays an important role in people’s lives and that it is always good to understand it better….

First of all, in most cases, religion or a belief in God is something that many Dutch people like to keep for themselves. Somehow some Dutch people are also very good at ‘hiding’ they like to go to church. You may see certain people at parties while drinking loads of beer and telling many jokes, yet it would not stop them from going to church on a Sunday.

Initially, it may seem that religion does not really exist in the Netherlands, but… the opposite is true. There is a wide variety of different churches in Holland. Some churches are liberal and easygoing. Others can be quite conservative. Here is a peculiar thing: there is a Christian newspaper (Reformatorisch Dagblad) that closes its website on Sunday. When you visit their website on a Sunday, a text will show you that you cannot read the news right now because Sunday is a day to rest. As an extra service, they will show you a list of church services all over the country. 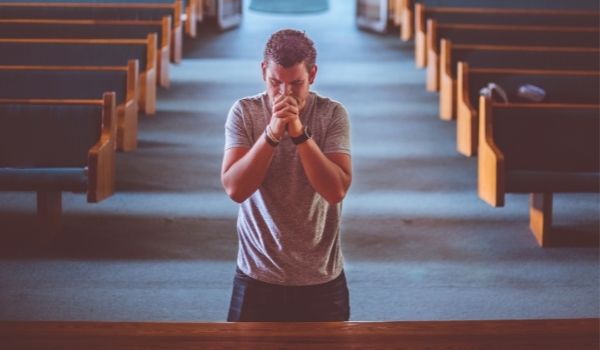 What does it mean if you say Jesus?

As far as I know, you can always visit the websites of religious websites all over the world. Certainly, in America, it would always be possible to purchase some merchandise of your Saviour. But… not always in Holland, and this is – once again, as far as I know – quite unique….

It is interesting to see how languages, in general, use the word of God. If you say goodbye in English, then what you literally say is: God be with you. However, most people that say goodbye never think about this anymore.

Dios in Spanish is God, and you must have heard adios! Also, in Spanish, it simply means goodbye. However, as a Dutch person, some things in Spanish are quite funny. For example, what can you say if someone sneezes? Jesús! It means something like: to your health. If you sneeze in Dutch and people say Jezus! Then it means something completely different… Some people might immediately think of C, but then in the new sense… corona!

Also, in Spanish, it is completely normal to talk with Jesús. He could be your co-worker 😊 In Dutch, you would never call your child Jezus. Somehow it seems that Jezus is far more holy in Dutch. You cannot give that name to just anybody. It seems that only one person on this planet throughout history is worthy of this name… And that man lived 2000 years ago…

At the same time, people say Jezus! All the time, just like in English. Often it is an expression of amazement, surprise, disbelief, and frustration… A Dutch person may say: Jezus, wat doe jij hier? (Jesus what are you doing here?) It works the same way as in English. Dutch people could also say: hij denkt dat hij Jezus is (He thinks that he is Jesus). Here it means that a person is very arrogant. If you think that you are Jesus, it simply means that you are impeccable, perfect, omnipotent, and can save the world…. 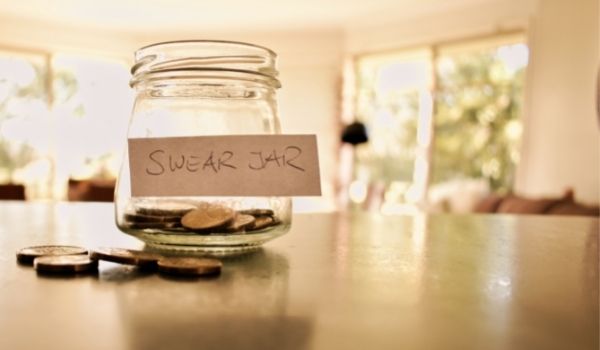 Dutch people also love to swear a lot. In English, you can say to swear like a Dutchman, and it seems that Dutch people have really earned this expression. One of the first Dutch words that many people learn in Holland is godverdomme. Here is a funny thing…. As a Dutch person it took me at least 19 years to learn the true meaning of this so-called curse….

For years and years, I used to believe that Godverdomme means God damn me. This is why I did not understand it. Damn it, in English, seemed more logical to me. It makes more sense to ask for other things to be damned… why would you ask God to damn you if – for example – your internet is not working? It took me years to figure out what Godverdomme means: that God may damn it…is old-fashioned Dutch…

Technically speaking, it means that Godverdomme is not really a curse. You simply ask God if he could damn something. What could be wrong with that? But… you never know… It is also true that according to the Bible, you should not use His Name in vain, and if you use this curse out of frustration when your internet is not working, then yes… there could be a chance that God thinks: your internet connection is your problem. Please let me out of it! 😊

However, I must admit that many Dutch people still perceive Godverdomme as strong language. That is why normally you would not use it when you meet people for the first time or if you like to come across as polite and gentle… A fascinating thing is that it seems that people like the energy and that, at the same time, they try to change the word a bit, just to make it less offensive. A great example is gatverdamme! You can use it if something tastes like dogshit or if it is raining cats and dogs… 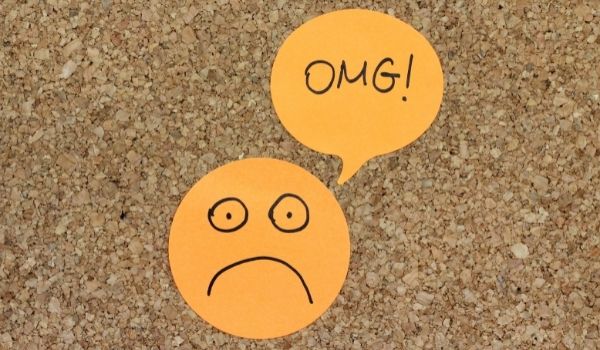 Have you noticed that in English, you can say: gosh or jeeee? Chances are high that these words come from God and Jesus; however, when you change these words, then all of a sudden, they sound a lot softer…. A Dutch word that is quite close to gosh is gossie… Oh, jé of jeetje are also popular expressions in Dutch. Somehow they sound really soft, although some very conservative people could still be offended by it. When I was a child, I lived in a very conservative village, and I remember that according to some people over there, it was not a word that you should use!

So now you know a little bit more about God and religion in Dutch. This article was only a small beginning, of course. If you like religion or spirituality, then make sure that you also learn how to talk about it in Dutch. I personally believe and know that you’ll speak much better Dutch if you can truly express all the important things to yourself. I like the wisdom, and I love to compare perspectives when I talk with other people. I love discussions about life and deeper meaning, and when I speak other languages, I love to talk about everything, including religion. I personally think that when you do it at the right time, it can make your new language a lot richer and meaningful.

Take it one Step Further

When you are ready to go one step further, check out the Dutch Brainwash. This masterclass is a tried-and-true program that has the power to revolutionize your Dutch. Aside from tripling your vocabulary in minutes, the Dutch Brainwash has some unique claims to fame. This course is designed to be tailored to the individual desires of its students. Meaning, you won’t be learning tired phrases from your textbook written in 2003 about where to buy a CD-ROM. The seven-day intensive course allows you to create your own sentences about anything you please.