For many expats, this time of year is strange. Not only for the usual reasons, either. October is a traditional time for the weird throughout many cultures around the world, but the Dutch are not always as keen on Halloween.

As usually sober people, they might be wary of coming across as superstitious. The Dutch can be a little reluctant to talk about their own old ghost stories, whatever the reason. But if you’re settling into a new country, a place’s mythology can give you as much insight into its culture as its ”real” history. There might even be similarities you recognize, which can help make you feel more ‘at home.’

Are you looking to know the fears that make your new home tick? Or looking to tap into the spooky side of Holland this Halloween? Expat Republic has you covered. Here are six hauntings, myths and legends, from the Underworld of the Netherlands. 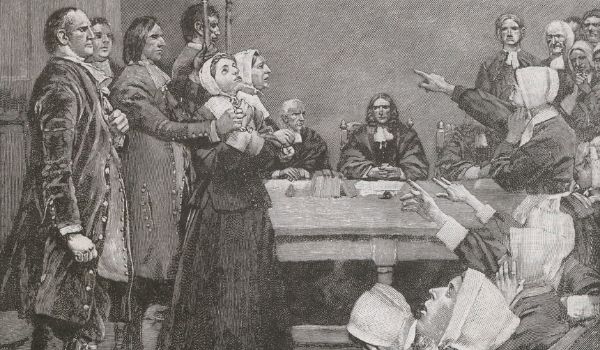 The Ghosts of Amsterdam – Noord-Holland

It is not particularly surprising that the spirits of Amsterdam are some of the country’s best known. Like London or Paris, the nation’s capital tends to attract the most interest from outsiders. Catering to this demand, there is quite a bit written about the haunted spots of Amsterdam.

Most infamously, Bloedstraat runs from Nieuwmarkt to a nearby canal. It was here that public executions once took place. Blood from the executions ran down the street into the canal – leading to the name Bloedstraat.

Alongside those ghosts are some from a nearby Franciscan Monastery. It was there the 16th Blood Trials took place. The brutal chapter of Dutch history saw political rebels executed by order of the King of Spain. Beside the Royal Palace, which tourists crowd during the day, Dam Square links to this era of Spanish rule. It hosts the souls of victims of the Spanish Inquisition, burned as alleged ”witches.”

These are some of the most often recited Dutch legends. But you should know that the rest of the Netherlands has a rich history of folklore. One that stretches far beyond its capital. 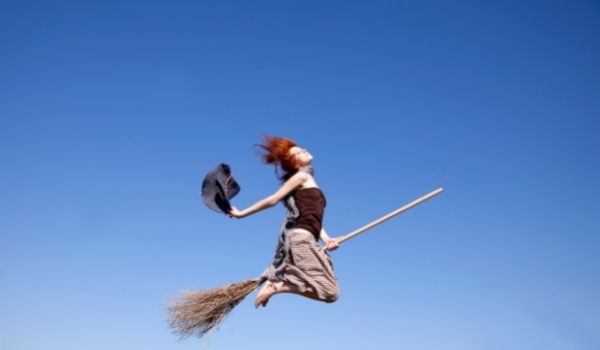 Witches are a common piece of folklore all around the world. In Europe, they have their origins in the existence of wise women. Before modern medicine, they were local healers, prescribing herbal remedies for common ailments. As feudal society developed, these women’s existence became a nuisance to the centralized power of landowners and the church. Those groups then demonized such women as a means to justify their persecution. Developing from this, in the Netherlands, Witte Wieven are the ghosts of witches and women.

Appearing as vertical columns of fog, they hover over swamps, peat bogs and lakes. Usually, they appear in the northern provinces of Gelderland, Drenthe and Groningen. In life, Witte Wieven may have played an important communal role as wise women, helping with harvests and the birth of newborn babies. In death, though, they roam the afterlife as vengeful spirits. Some say they are victims of violent men. Now, they roam the afterlife to inflict pain on men for the harm they were once caused. 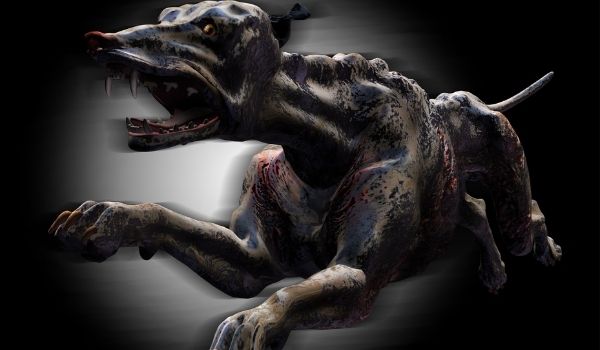 The Hellhound is a concept that will be familiar to many people across Northern Europe. Resembling a gigantic, black dog, they usually have fiery-red eyes – appearing after dusk. They are usually an omen of death, and the mythos has inspired many great literary works. Black Shuck struck fear into East England for centuries before Arthur Conan-Doyle referenced him in The Hound of the Baskervilles. Meanwhile, a Dutch variant also seems to have inspired H.P. Lovecraft with his story ”The Hound.” There, a beast plagues grave-robbers who raided a particular “terrible Holland churchyard.”

One spirit, in particular, may be behind this tale. Old Germanic superstition once saw the bodies of dogs buried in churchyards. They would keep watch over the grounds. This tradition crossed the border into the East of the Netherlands around the same time. The spirit of one such hound is De Kardoes, from the village of De Lutte. Kardoes stalks roadsides and cemeteries in the province of Overijssel. And while he has the glowing eyes typical of other Hellhounds, he is also described with distinctly pointed ears and curly black fur. While you might be curious to seek out this distinctive sight though, it is one you would do well to avoid. Kardoes is also said to foreshadow the death or injury of an acquaintance. 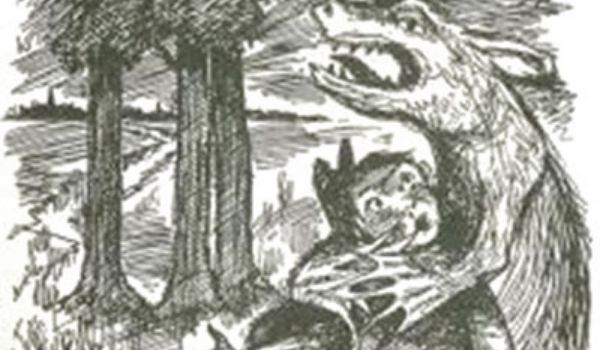 Legend has it that a hideous nocturnal entity lurks in the ditches, marshes and mires of the Netherlands southern provinces. Internationals familiar with the Jersey Devil or other multi-elemental creatures may be familiar with this beast. Screeching like a malevolent otter, pictures of the Flodderduivel show the head of a dog, frog-like webbed claws, and a stumpy, fur-covered torso.

Stories say it uses the Netherlands many interlinked waterways to lurk alongside lone walkers at night. Once close, the Flodderduivel leaps from its watery hiding-place, landing on the back of the passer-by. Hooking its slimy claws over the shoulders of its victims, it then rides their back through the night. Either they collapse under the heavy burden, or they reach civilization, and it lets go. Should you seek out a Flodderduivel in rural Zeeland or Noord-Brabant (and why would you?), your only hope may be that a town is within easy walking distance. 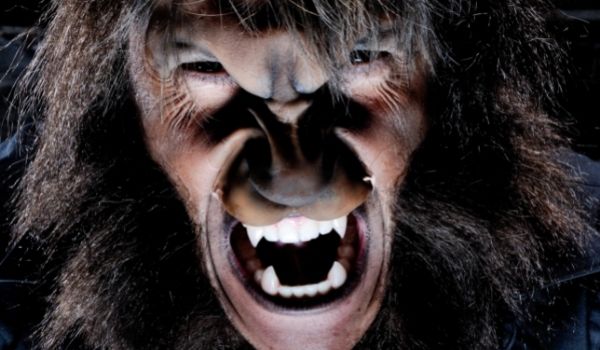 A more familiar monster to many people will be the werewolf. Dutch weerwolven are intentional shapeshifters rather than cursed souls transforming against their will. After making a bargain with the Devil, the man receives ointment and a magical piece of clothing such as a belt. Wearing the item and applying the ointment gives such a man the ability to take the form of a wolf.
As part of the deal with the Devil, a werewolf must follow his instructions when called upon. As a result, they often attacked livestock and sometimes people. In Groningen, one famous werewolf became known as “Gruune” – which stalked unsuspecting people. Like the Flodderduivel, the tormentor jumped on the back of passers-by. It then became evermore heavy.

It is not surprising the myth of the Dutch werewolf died off as real wolves were soon hunted to extinction here. But this might change with small populations of wolves re-establishing themselves in the Veluwe after 150 years. Perhaps their monstrous cousins will soon prowl the Netherlands once more.

Kasteel Doorwerth is well known around the world as a site for paranormal activity. A 2004 investigation by UK televisions Most Haunted didn’t catch anything of note on camera… but you might well have more luck attending yourself. Visitors entering the building with an open mind have often felt otherworldly presences.

Doorwerth is allegedly home to a whole host of ghosts. One of the most famous beings is the specter of a cackling woman in a carriage pulled by headless horses. The castle’s owners also note another recurring phenomenon. Located in its old hunting hall, in the north wing, visitors have chanced upon the spirit of a young girl. She is rumored to have starved to death after her father locked her in the dungeon.

As previously noted by Expat Republic, Kasteel Doorwerth is a beautiful, historic venue. As such, it might be the perfect place to start your very own ghost hunt. It could be a picturesque adventure, even if you don’t encounter anything out-of-the-ordinary. Certainly, it is more gezellig than traipsing through swamps in search of a Flodderduivel.

Anyway, if you go Ghost Busting or not, we hope you have enjoyed this brief insight into the weird side of the Low Countries. And we wish you a very happy Halloween!