Have you already started to learn Dutch? Congratulations! And.. how have you liked your new adventure so far? Chances are high that at least you will have one frustration. It is easy to guess. Every time that you try to say something in Dutch, then people respond in English. So what do you need to do if you want to speak Dutch? Here are some first tips.

Let’s start with a curious observation first. Have you ever noticed that for Dutch people it is still a relatively new idea that people could be interested in their language and their culture? Although it may not make sense to you, I must say that as a native Dutch person it could be true. For some strange reason, many Dutch people take their own language for granted, while they are all fascinated by other languages, certainly English, also Spanish and French, just to name a few. 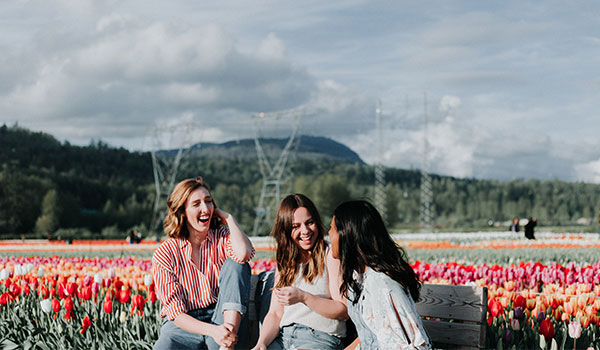 You can do more than you think!

It is as if Dutch people think that there is something to gain by speaking other languages. The number of people that go to the university to officially study Nederlands is at an all-time low. It is as if people genuinely believe that there is nothing to gain from it and although it is a controversial thing to say, I must admit that some extent it is certainly true for me. The idea of studying Dutch never came to my mind. I thought it would be far more interesting to discover new things about Spanish, French and even Turkish.

For many Dutch people, Holland is a place that is normaal and gewoon. But… other countries and cultures often seem far more interesting. Just think of mountains, glaciers, impressive castles, palm trees, a crystal blue sea… Then you get the picture, right?

Here is another thing that perfectly illustrates it. Have you noticed that many dictionaries do not show if a word is de or het? Imagine that you use an English – Dutch dictionary then chances are high that they will not tell you if the Dutch word goes with de or het… Why? Because it is information that Dutch people already know and the thought that this information could be useful for someone like you is revolutionary at least ☺

But, to make it even worse, here is the strange thing. Although it seems that it seems that they don’t care about the fact whether you speak it or not, at the same time, they do expect you to speak it and some point. What a nice mind f*ck, don’t you think?

So once again, for most Dutch people Dutch seems to be something that is just there. They take it for granted and they cannot really imagine how limited life would be if they could not speak the language. That is why they love to say that everything is fine if you continue to speak in English! As long as Dutch people can have their own personal conversations with other people, they can’t really imagine that life would be so much richer for you if you could live your life in Dutch!

Here is another typical thing… Although Dutch people speak Dutch, they cannot explain what they do. For them, it is like fietsen (biking) or even breathing. They can all do it, but they cannot show you how to do it. If your native language is English, then probably you understand perfectly what I am talking about ☺

Just in case you have not noticed it, Dutch people tend to be pragmatic and have little patience. If you try to speak Dutch and certainly if you struggle, then many Dutch people do not know what to do. They cannot make it easier for you and even if they speak slower, chances are high that the sentences they say are still too difficult for you to understand…

So what do you need to do if you really like to practice your Dutch? The first solution is quite radical and has great simplicity, certainly if your native language is not English. Simply pretend that you do not understand English at all and give a Dutch person a choice. They can speak Nederlands to you or your native language. Chances are high that the choice is now really easy to make for that Dutch person! 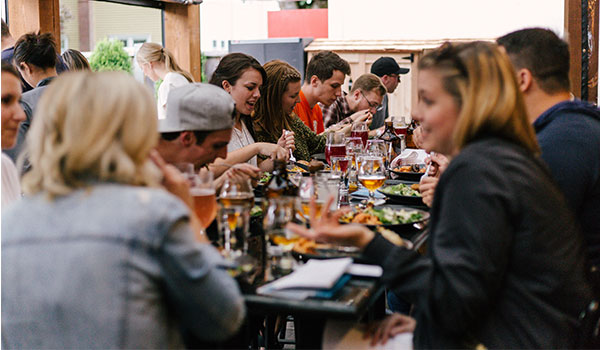 You must open your mind

Another important thing to understand is that you start to recognize specific things that trigger Dutch people to switch over to English with you. One massive trigger is when they sense that you don’t understand what they say. This is why expanding at least your passive knowledge as fast as you can should be at the top of your priority list.

Here are some first tips: many Dutch words can have 2 meanings. A simple alsjeblieft can both mean here you are & please. Make sure that you don’t stare like a deer in the headlights of a car because a look like this will certainly trigger Dutch people to switch. Another important thing to understand is that Dutch people use many figurative sayings. One of my British friends heard: ik heb een broertje dood (I have a little dead brother), but when he started to give his condolences to his colleague, everyone started laughing. What my British friend did not realize was that een dood broertje (a dead brother) is part of a saying, and then it means that you really hate something…. For example, if you hate administrative tasks, you can say ik heb een broertje dood aan administratie. It has nothing to do with people dying.

Another important trigger is that Dutch people feel that they have to wait too long. That is why speed is an important thing. Make sure that you can create your Dutch sentences really fast and that you don’t make it too complicated for yourself! It is better to say simple sentences with a certain flow then creating long and complex Dutch sentences that take a lot of time.

Here is another important tip. Make sure that you become good at improvising and finding creative solutions. Be very flexible with the words that you already know. It will happen many times that certainly in the beginning, you will not find the precise word, but… if you are creative and flexible, you’ll find a way fast to express what you need. Also, remember that you also have your hands, so quite often you can point at things or mimic a bit!

And… if you really like a breakthrough, then here is the tip of all tips. As you can see, it was not my first tip, because quite often it takes more time before people can really understand this. But… here it is, and it might be shocking to you… In the end, you are completely in charge of whether Dutch people speak English to you or not… If they switch to English to you, it is because you triggered something within them.

Although this last tip is extremely powerful, it requires some radical and honest self-reflection, and yes, it can be confronting sometimes. But here is the harsh truth… any (subconscious) cry for help will be picked up, by a Dutch mind, and it immediately triggers an English response. The second that people feel that you are not that happy, speaking their language – even if it is for 2 seconds – causes the Dutch mind to switch immediately.

So simply ask yourself: when do I send out that signal that invites Dutch people to speak English? Is it when I feel nervous? Is it when I am lazy? Could I be afraid of making mistakes? Simply assume that if Dutch people speak English to you, it is because you sent out a special signal to them, even if you were not consciously aware of it.

The great thing is that this last insight, it also means that, in the end, all the power is in your hands. Not Dutch people, but you can decide. If you like to take the challenge and stand firm for it, then it will always happen. Dutch people – even if they don’t know – start speaking Dutch to you! It happens all the time, more than you think, once you have taken this very important decision…

So, if you like to speak Dutch, really go for it and, one important tip.. enjoy making many mistakes. It is part of the fun!

This article was written by Albert Both, the man behind Talencoach, a language learning program that makes speaking Dutch easy as long as you have an open mind. To learn more download his free e-book