Six Places in the Netherlands to Scare Yourself Silly This Halloween

The Netherlands often implies that Halloween is an example of ‘creeping Americanization’. But Halloween actually originates from the ancient Celtic festival of Samhain. As harvest season ended, the evening of October 31st marked the beginning of the ‘darker half’ of the year. People thought the wall between their realm and the Otherworld was easier to cross at this point. Because of this, Europe’s pagans would light bonfires and wear costumes to ward off ghosts. And so, a tradition that lives on today was born.

The festival was so popular that Christianity sought to rebrand it to help expand the faith. That led to the evolution of November-based festivals like Sint-Maarten. Enjoyed across the Netherlands, Belgium and Germany, it also sees kids dress up and go door-to-door for candy. But elsewhere, Halloween is still consumed with many of its pre-Christian trimmings.

As such, many expats know and love it as a night of spirits – but struggle to find ways to celebrate it in their new Dutch home. That’s not to say there are no ways to enjoy Spooky Season in the Netherlands, though. So if you want to explore the creepy side of Holland this Halloween, Expat Republic has you covered. We’ve found six locations you ought to visit! 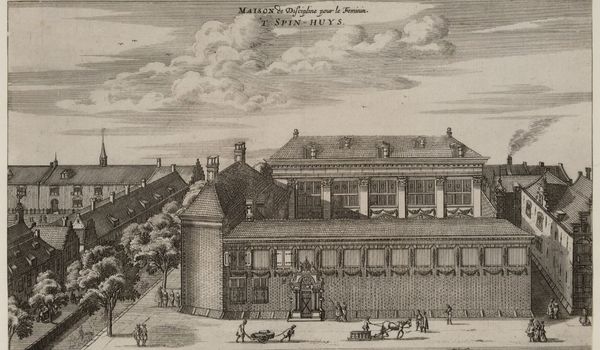 International students attending the Universiteit van Amsterdam might already know Het Spinhuis. Founded in 1597 in part of the former Saint Ursula Monastery, it was a detention center for women in the city. Reasons for getting sent there ranged from mental health issues to theft and adultery. The grim venue provided the Church with a source of free labor. Inmates sat in a large hall and had to spin, sew, brew beer, and make mustard throughout their stay.

Due to its shady origins, the area still hosts many ghosts. One famous one is opposite the Spinhuis, in what was once a Rectory. The story goes that a priest who resided there ‘corrupted’ a young girl in the neighborhood. When people found out, the Church protected the priest. But instead, the authorities condemned the girl to spend the rest of her life in the Spinhuis. Overcome with guilt, the priest took his own life in his room overlooking the Spinhuis.

Some say his ghost repeats that horrific act in the room – which is now part of The Grand hotel – every night. Staff members have been known to refuse to enter a particular room of the establishment as a result… At an almost-devilish €665 for a night, The Grand’s price tag is almost as hair-raising. Ghost hunters on a tighter budget might consider joining a ghost tour instead. The city features a number which includes the Spinhuis on their circuit. 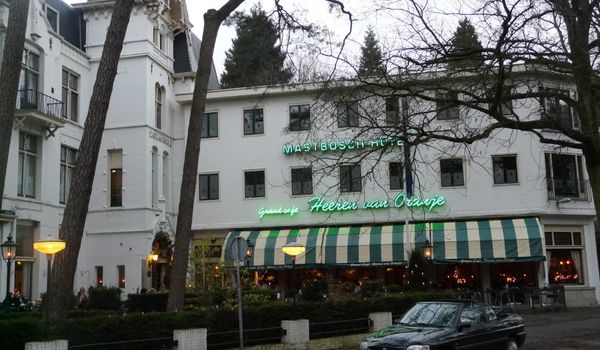 Amsterdam is not the only Dutch city to host haunted hotels. In recent years, the Hotel Mastbosch has become the reluctant home of a non-paying guest. The ghost – of a Belgian girl, around 18 years old – came to light after an eerie series of guest complaints.

The story goes that the girl died during the Second World War, murdered by German troops. Sighted in 1948, she was not seen again until around 2009. Guests began seeing a lone figure standing in their room every time they turned out the light. Some found it so upsetting that they demanded another room in the middle of the night!

The room’s number remains a secret – for fear nobody would stay there otherwise. But the hotel’s owners told local reporters that guests avoided the haunted room during booking. It is unclear whether you can specifically ask to be put in it. If you would like to take that chance, then bookings are available for a more manageable €117 per night. 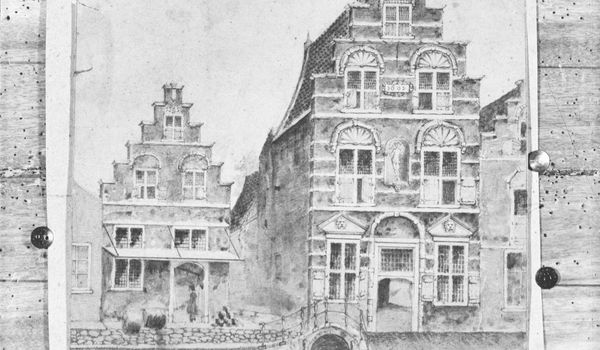 Not every building needs to have ghosts to make your skin crawl. De Heksenwaag Huis is one such place. The Spanish Inquisition tried and executed local medicine women across Europe as ‘witches’. Those persecuting ‘witches’ cited buoyancy or weightlessness as proof of witchcraft. This may be due to their ‘lack of a soul’. As such, weighing the accused became a common way of determining somebody’s guilt. Weighing houses sprang up to fulfil this need.

One, weighing house, in Oudewater, Utrecht, stands out, though. Unlike many such scales, it provided accurate weighing. As a result, from the 16th to 18th centuries, every case of ‘witchcraft’ was acquitted. Reasons why this was the case are still up for debate. The municipality did not buy into the scramble to convict ‘witches’ at any cost, as others did. But this may not have been out of pure, rational benevolence. Those who used the scales and were not guilty had to pay for using the scales. Proving someone’s ‘innocence’ thereby created a new source of income Oudewater’s Gemeente.

The weighing house is now a museum in Oudewater. It retains a set of medieval scales and offers guests the chance to weigh themselves. As the ‘witches’ here received acquittals, you’ll unlikely find many anguished spirits hanging around. But it is still an unnerving reminder of a brutal chapter in the Netherlands’ history. De Heksenwaag Museum is open to guests from Tuesday to Sunday, 11:00-17:00, and entry is free with a Museumkaart. 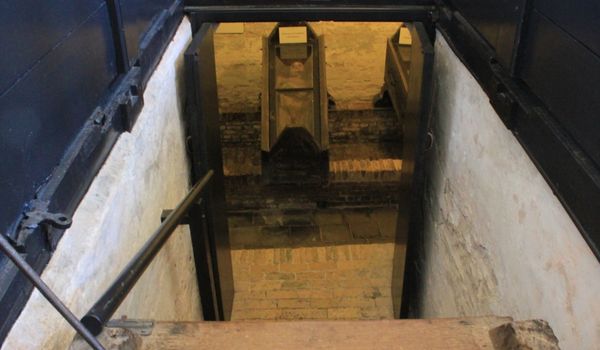 In 1765, carpenters working on a church in Friesland made a frightful discovery. The workmen were repairing damage to the walls of the Kerk van Wiuwert. This saw them stumble upon a family of four mummified corpses before running out of the church in terror.

Sint Nicolaaskerk was first built during the 12-13th century. Later, during the Reformation, the noble Walta family ordered the installation of a crypt under the church. As it turned out, it would become their final resting place. When the carpenters found them in the following century, the male mummy was the most disturbing part of the discovery. His gaping, deformed mouth remains frozen in a silent scream. It seems to be the result of the agonizing jaw abscess thought to have killed him.

In the centuries since the grizzly find, the mummies have become a huge draw for the tiny town of Wiuwert. It has fewer than 300 permanent (living) residents, but its famous deceased inhabitants bring in over 10,000 visitors yearly. You, too, can see the mummies for yourself if you dare. The site is open from Monday to Saturday, 13:00-16:30. Admission for adults is €4 each, while children under 5 go free. Bear in mind fees are in cash, and the rural church has no ATM – so bring a fistful of change. 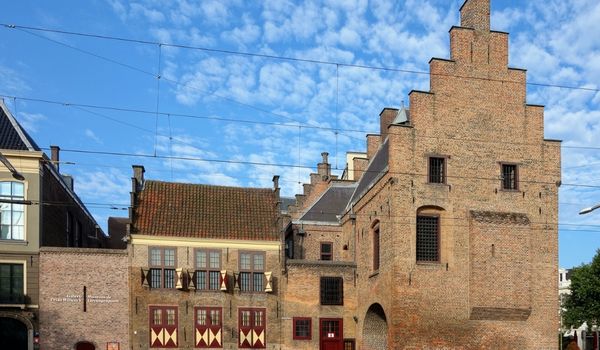 In a story reminiscent of the Tower of London, the Gevangenpoort in Den Haag was first a castle gate. Built at a key strategic point, it served as a secure entrance to the castle of the Counts of Holland. But later, it would come to serve as a fearful prison. As you might guess with a medieval prison, it was the site of brutal torture and forced confessions. Jailers meted out sadistic punishments in public before many occupants received death sentences.

Nowadays, it houses a museum – telling the story of those who suffered in its blackened cells. Visitors often complain of experiencing the sensation of sadness and dread while inside. That might be understandable in such a setting. But it also might relate to the lingering spirits of three ghosts in particular. Staff have made frequent sightings of a man wearing a long, black cloak; and a limping boy. They also have seen the ghost of Cornelis de Hooghe. He was a pacifist who called for peace during Holland’s war for independence from Spain. The Court of Holland thereby beheaded him for treason.

There are ways to find out more about the venue’s bloody history and its tormented spirits. Expats with a strong enough stomach can enjoy English-speaking tours with the museum. They launch at 14:15 on Saturdays and Sundays and Tuesday-Sunday during the school holidays. The wider museum is open Tuesday-Friday 10:00-17:00 and 12:00-17:00 at weekends. Entry is free if you have a Museumkaart or Rotterdampas. 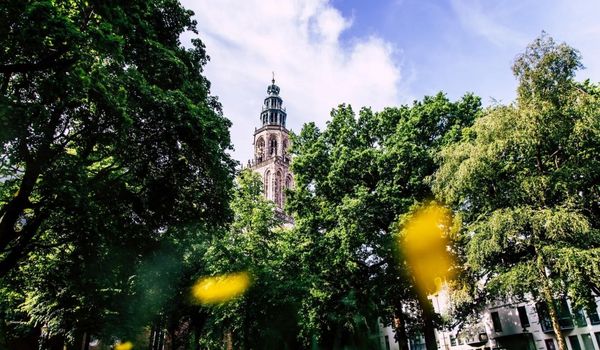 To this day, Groningen takes great pride in the majestic tower overlooking the city. That pride has not always been benevolent, though. Legend has it that in the 15th century, city councilors tried to keep its looks unique by blinding its creator. Soon after, the clockmaker set out to wreak revenge on the city that wronged him. Bribing the tower guards, he is said to have climbed the stairs to the clock. Then, after unscrewing its inner workings, he hurled himself from the tower, killing himself and a guard.

The story does not end there, though. When the city attempted to mend the clock, his ghost tormented technicians. From the shadows, he was heard hissing, “don’t touch my clock”, until the terrified tradesmen left. Then, after work was finally completed, the whole tower collapsed in a devastating storm. And even now, long after its restoration, the clock is still known to go haywire in the night. To some, it seems the clockmaker is still reaping his revenge.

If you have a head for heights, you can undertake the clockmaker’s final climb for yourself. Groningen’s Martinitoren is open Monday-Saturday, 11:00-17:00, and 12:00 to 17:00 on Sundays. Admission to climb the tower is 6 for adults and 4 for children.

More myths and legends from the netherworld of the Netherlands

Besides its ghosts, the Netherlands has a rich and vibrant history of myths and legends. If you’d like to know more about the horrors of Holland, Expat Republic has another list of creepy creatures and fearsome phenomena.

And whether you spend your October 31st cowering in a haunted hotel or curled up at home for a scary movie night – we wish you a Happy Halloween.