Revealed: The Best Languages to Learn in The Netherlands

Expat life in The Netherlands is great. You can walk into an Irish bar and bond with your French and Spanish friends over a German beer and an Italian pizza. In all seriousness though, this is a multicultural country, and learning a foreign language can turbocharge your career here. Sound like a good deal?

Expats in The Netherlands hear a lot of career advice. From interview techniques to resume building skills, there’s barely an area of professional life that hasn’t been analyzed and sold to job-hungry internationals in seminars and workshops. But learning a foreign language (or several) is one way to set yourself ahead of your peers and skyrocket your chances of advancement.

Around 92 percent of Europeans learn a foreign language in school or university, according to data from the World Economic Forum. These students then enter the job market with a leg up on us monolinguals.

Quine Brown, marketing assistant, told us that if you know a second or third language “the chances that we can help you are substantially increased.”

While learning any language is another valuable string in your bow, some languages are in more demand than others in The Netherlands. 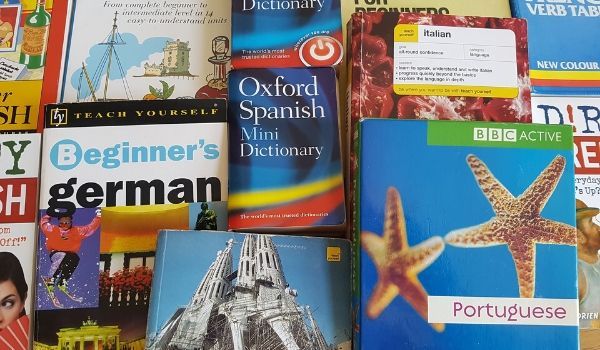 “In our experience and the vacancies that we have open, apart from English, German and French are quite valuable languages to know for the vacancies we have,” Quine explained. But of course, “the more languages you speak, the easier it is to find a job.”

Dutch is of course a valuable language to have in The Netherlands too. However, aside from the native Netherlanders, few internationals can speak it. In Amsterdam, for example, only six percent of Undutchables’ candidates can speak vloeiend Nederlands, the same goes for Utrecht, Den Haag, and Eindhoven too. Knowing the native tongue can, therefore, set you apart from the pack of job-hungry internationals.

According to the company, only six percent of candidates in Amsterdam speak outstanding French. For German, that number is even lower, at a mere three percent. 16 percent speak good French, while 11 percent speak good German. With employers crying out for French and German-speaking professionals, picking up and getting to grips with these languages can boost your chances in the competitive interview environment.

Most of Undutchables’ vacancies require a B2 level of the language in question. If the vacancy requires just one language, fluency will be expected. However, there’s a bit more leniency for positions requiring two or more languages.

And, if you need any extra encouragement to dust off le dictionnaire or enroll in a Sprachkurs, mountains of research exists that shows multilingual employees multitask better, have enhanced problem-solving abilities, and have better memories and decision-making skills. Any company looking for ambitious and resourceful staff would do well to consider these added perks. When choosing between two employees with otherwise identical resumes, the company will choose the bilingual candidate over his English-only competitor.

These advantages are universal, but perhaps even more so in The Netherlands. Multilingual workers can bridge gaps in understanding between companies and their international clients, provide in-house language support, and help companies tap into a more diverse customer base. In the 17th Century, The Netherlands became one of the world’s greatest and wealthiest powers through shrewd trade with far-off lands. Nowadays, the country’s economy remains outward-facing and is the world’s second most globalized, according to the World Economic Forum.

As mentioned earlier, Undutchables has connected thousands of internationals with their dream jobs. That number is set to grow further, as more and more international companies relocate to the Netherlands. 153 foreign companies set up shop in Amsterdam alone last year, bringing with them more than 4,100 jobs. Britain’s upcoming exit from the European Union will bring more international firms, adding to the 241,000 international jobs already in the Dutch capital.

Zooming back in from the global to the local, learning a foreign language brings personal benefits too. A groundbreaking study published last year found that learning a new language can stave off memory loss and protect against Alzheimer’s Disease. The researchers concluded that brushing up on your Bosnian or sharpening your Swahili can actually cause certain brain areas to develop that control executive function and attention tasks.

This doesn’t just benefit you. It benefits your employer too. A multilingual and multitalented workforce can ease conflict management, foster a greater sense of group cohesion, and give employers access to a broad range of opinions and problem-solving approaches. Of course, diversity alone will not guarantee success. However, a smart manager can utilize a diverse team to outwit the competition and reap the financial rewards.

Your resume and life experiences already bring so much to the table. Why not use your language to get ahead too?