Is There a Beyoncé Street in the Netherlands? Yep, and Here is Why…

Ferdinand van Bolstraat. Jacob van Lennepkade. Hugo de Grootplein. Noticing something? If not, then you are probably male. Same as 88% of the streets in Amsterdam, Utrecht, and Groningen named after human beings. In reverse, this means only 12% of all streets in those cities have female names. The #meervrouwopstraat campaign, started by the organization De Bovengrondse, is striving to change that.

The Amsterdam based De Bovengrondse considers itself a platform for entry-level feminism and has already caught quite some attention in the past. This was the case with projects such as abortusbuddy (support of women during the period of abortion) as well as Wildplasgate which fought against a fine for women who urinated in public. 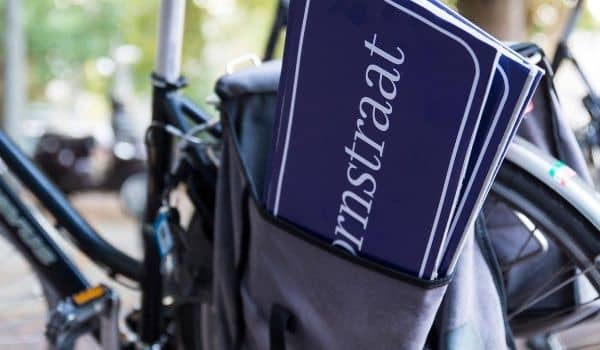 The campaign #meervrouwopstraat (eng: more women on the street) is trying to raise awareness on the imbalance in the gender of street names in the Netherlands. This is based on research done in the three Dutch cities Amsterdam, Utrecht, and Groningen by De Correspondent in 2018. A closer look at the 5.400 Amsterdam streets, from which 2.014 are named after a person, made one thing very clear. Women are scarce. In numbers, this means: 1.770 Amsterdam streets have a male name, only 242 have a female one.

Among those 242 examples of women, she is very often the wife of somebody or is combined with her husband. The majority of women (75%) are mentioned in a family or partnership. Curiestraat is the perfect example. Sorted by profession, most female names can be found in the field of writers or activists. However, female writers were mentioned less than 50 times, compared to almost 350 men of the same profession. The number of female scientists, lawyers, or architects could have been counted with two hands.

Digging deeper the team of De Correspondent looked at which type of streets are named after women. And pretty soon it became clear that it is no street at all. Mostly bridges in Amsterdam refer to a female person of the past. Now, you might think this is quite a good thing, considering the number of bridges in Amsterdam. No need to count now, it is 1.680 in total. But only 1/5 of them has a name. Actually, until 2016, all of Amsterdam’s bridges simply had a number. This was when the Gemeente Amsterdam announced a public call and asked people to come up with potential future names for the bridges. Only this resulted in a higher number of female names. This way, bridge 602 became Jacoba van Tongerenbrug, for example. 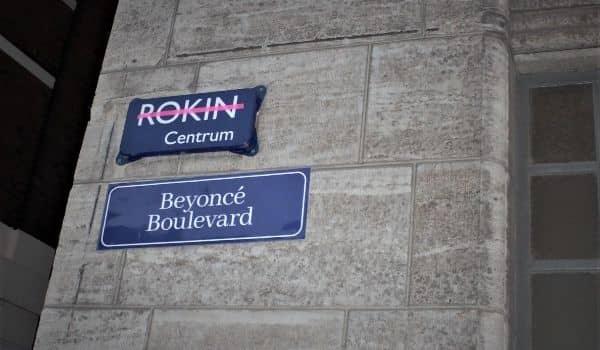 Even though the choice of female names for bridges is a good first step, there is still a long way to go. Most of Amsterdam’s public transport stops are still named after men and also the Grachten (canals) are exclusively male. But instead of waiting for another campaign by the city of Amsterdam, De Bovengrondse decided to take action themselves.

During the night of 7th August 2018, they renamed twelve streets in twelve with twelve women of the past they figured needed more attention. The specific number twelve refers to the percentage that now represents female street names in Amsterdam. Those twelve women come from the fields of art, sport, science, anti-colonialism, anti-racism, and women’s rights movements. Among them are Ruth Naomi (Tania) Leon, a South-African feminist and civil-rights activist, Dutch journalist Wina Born, and US-American singer Beyoncé. 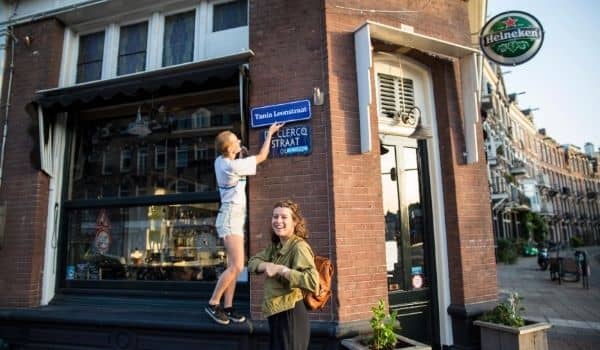 Now you might ask why this is so important since street names are so omnipresent in our daily life that we barely pay attention to them. De Bovengrondse answer in the FAQ on their website is: “We believe that change starts with awareness. This is why we are trying to create awareness for daily inequality, for things that we usually just take as given.”

Another important aspect that is also mentioned in the FAQ is representation. “Street names symbolize the political system and they subconsciously influence people. They are also part of the bigger picture, of the representation of women. For example, experts that are mentioned in the media are 88% male, the same as guests on TV talk shows, which are also mostly male (70%). Street names are just another example of inequality of attention between gender in daily life.”

So, yes, in the end, we are just talking about a handful of new street signs with women’s names that nobody might pay attention to. Mostly because the names in Google Maps didn’t change obviously, but hey, you have already read this article till the very end. Maybe you will remember it the next time you look at a street sign, noticing that it is male. And this is already where the change starts.