How to Feel More Included When Speaking Dutch, Even if Your Vocabulary is Limited

Have you ever wondered if you have truly magical powers? Every time you walk in The Netherlands, people stop speaking Dutch and automatically switch over to English, even if you are the only non-Dutch native in the room… It happens just like that, almost like magic!

But…you notice a difference. Even when the conversation seems to carry on, somehow it does not feel the same. And then, if you leave the group, just for a minute, everyone starts speaking Dutch again. When you return, people switch over to English, but it feels that something has happened again. You just know that they were talking about different things, and when Dutch changes to English it always means there is a change in atmosphere.

Do you want to see this change? 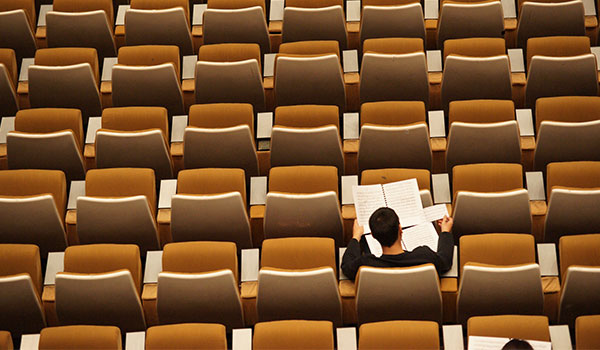 No wonder many people do not like the idea that everyone switches over to English just because of you. As a Dutch language coach, when I speak with many people, they often tell me they would love it if everyone kept speaking their own language and that they could also participate.

Yes… it would be a great thing, don’t you think? But… somehow it seems that this is only a dream. Achieving this is not easy. The reason is simple. Even if people do not switch over to English, chances are high that you still cannot really participate. While others are laughing and having a great time together, for you it is easy to feel left out, certainly, if you do not understand a d*mn thing!

That is why in this article I would like to give you a couple of tips, just to make sure that, from now on, it will be easier for you to deal with situations like this. Although I speak fluent Dutch, I can relate to this, because similar things happened to me when I tried to be a part of a group while speaking other languages. Therefore I trust that some of these tips will definitively help!

Let’s start with a simple question. How do you know that you are part of a certain group? Imagine sitting around the same table, how would you know you can feel a connection with the other people sitting there? The truth is quite simple. If you sit around that same table with other people, you are, at that time, part of the group. Plain and simple. Period!

The most important tip: do not exclude yourself!

Yes…you’ll probably think that being part of a group is very hard if people speak a language you don’t understand. And yet if you are willing to have an open look at it, you’ll probably come to the conclusion that much of what you think and feel are based on thoughts in your head. Sure, it is easy to switch off and distance yourself if you cannot follow certain conversations. It is easy to think that then there is no use of even sitting there because you cannot participate, right?

So, here is the first psychological challenge for you! See if you can separate being part of the group and speaking Dutch because, in the end, these are two different things. Sure, it is much easier to feel part of the group if you can participate all along, but if you think about it again, you could easily come to the conclusion that you can always feel a connection with other people, even if you do not speak their language yet. Actually, it all starts in your head. If you include yourself in the group, you’ll feel more included already. It is a first small and massive step!

Have you ever noticed that when you feel uneasy in social situations that often the focus lies on yourself? Often you can listen to voices in your head that are not exactly positive. So if you would like to feel better, there is a simple trick you can use. Simply start to look at all the people around you, and make sure that you let your curiosity come in. You could simply appreciate that you are immersed in some real Dutch surroundings and now all you need to do is start to notice funny and peculiar things. Do you see any differences now? Do voices change, is there another melody and how do people move their hands? This is all fascinating stuff! 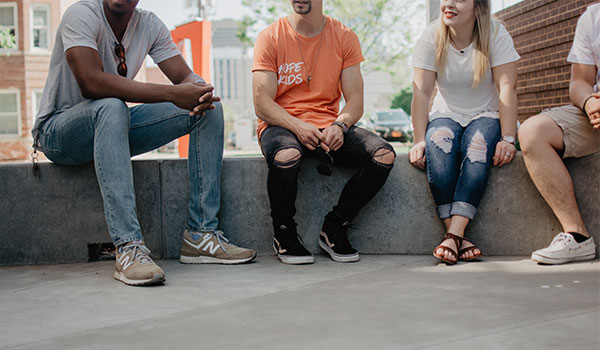 Hopefully, you already discovered that speaking another language is more than just learning a massive vocabulary list or throwing some pre-learned sentences in the atmosphere. Every language has a kind of vibe, or energy if you like. Simply watch how people behave differently when speaking Dutch and see yourself as a kind of reporter for the Discovery Channel ☺ Now it is more fun, right? If you can see it as an adventure, then it is, of course, much more entertaining….

Here is another thing that can help. Gently start to observe and start to focus on the many things that you can learn. Maybe you hear a certain word or you catch a phrase now and then. If you do, then this is great, it means that you have started learning new things. Then, start to see the situation as a stepping stone to another similar situation in the future where you’ll be able to participate from the beginning! Instead of hating the fact that you miss out on so many things, you could appreciate that now you have started to really practice, even if what you can do is still limited! Just know that now you are on a certain path to a better future situation!

Here is another practical thing. Although people would love the idea that they can understand the whole group when people speak with each other, this is not something that practically you would achieve in the beginning. Chances are that you’ll have to start with individual conversations first. Then, when these little conversations go better, you can gradually expand. You could start to speak with 2 – 3 people later until you can speak with the whole group!

It is important that if you want to understand an entire group, you’ll always need more experience. Group conversations are always more difficult to follow because, quite often, people speak fast and do not mention certain information if the members of the group know them already. For example, a person may say: dit is fantastisch, (this is fantastic), but then, of course, you still don’t know what that dit (this) really means…

Another important thing is, somehow people do not know how to speak their own language in a way that is easier to understand for you! You might think that it should be easy, but unfortunately, the opposite is true. It requires a great linguistic skill to speak your language in such a way so it is easier for people from other cultures to follow because it requires a vast knowledge of structures of other languages. This is something that most people do not have.

It could sound paradoxical, but if people try to make their Dutch easier for you, they actually end up doing the opposite! I remember years ago, my mother tried to speak Dutch with one of my students. Although she really believed that she made her Dutch a lot simpler, she only created more complex sentences! It was quite funny to see ☺

So remember, if people cannot simplify their Dutch for you, or speak slower, they are not trying to exclude you! The truth is it is never a good idea to ask for something that people cannot give you, and understanding this deep wisdom can make you feel much more relaxed! 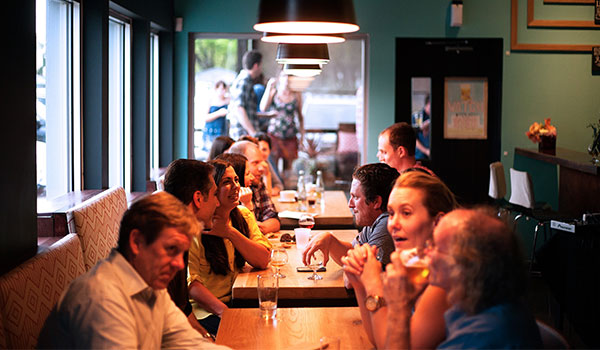 By the way, here is one of my favorite tricks and it is relatively simple… Many people find it hard to believe that their language could be interesting and fascinating for foreigners. While French people take it for granted that you find their language romantic and Italians automatically assume that you believe theirs is la lingua piu bella del mondo, it seems that Dutch people feel quite uncertain about their own. They tend to believe in secret that it sounds ugly and that it is quite insignificant. The fact that you could find Dutch a beautiful language is, for many Dutch people, an outrageous idea!

So here is the simple thing you can do. Simply start some English conversations and tell Dutch people how much you like Dutch. Tell them which words you find funny and which expressions you like. Here is one example. You may say: you always fall with your nose in the butter (ik val met mijn neus in de boter = I come at the right time) and I think it is really funny! Show Dutch people how much you like their language and if you do it in a genuine way, chances are high that their sympathy towards you will rise almost instantly!

Last, but not least, do not complain about how difficult Dutch is. This will only fuel the automatic tendency of Dutch people to switch over to English again. If you like to connect with Dutch people while speaking Dutch, make sure that you entertain them. Instead of saying Nederlands is moeilijk (Dutch is difficult), say: ik ga met die banaan! (I go with than banana / I really go for it). Meanwhile, make sure that you are patient, have fun while making mistakes and learn how to really enjoy being around Dutch people. Do not shy away, but show up, start with little sentences with different people and although it may take some time before you can participate for the full 100%, you can quickly discover how to feel more included in Dutch groups, even when your vocabulary is limited…

By the way, what are your thoughts? You can share them here!

This article was written by Albert Both (Meneer Dutch Brainwash), the man behind Talencoach, a language learning program that makes speaking Dutch easy as long as you have an open mind. To learn more download his free e-book or attend the next Talencoach Open Day