Freelancer in the Spotlight: The Final Edit

A wanderer from an early age, American-born Lauren Kiraly packed up her American life and crossed the ocean to the Netherlands almost a year ago, husband in tow. Now her company – The Final Edit – is here to help non-native English speakers with their English skills and to present their best selves. She spoke to us about her work, her experience, and the importance of communication. 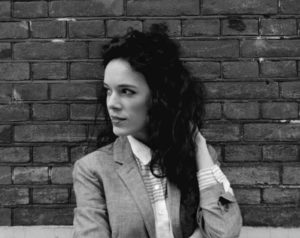 A group of expats are sitting at a bar table getting to know each other. Although they all speak English well, only one or two are native speakers. As the drinks flow, they share jokes from their home countries. “What kind of jokes do you tell in Germany?” Valentina asks Sven.

“What he meant to say was ‘toilet humor,’” Lauren explains. “Sometimes people have the right idea, but the words they choose are completely wrong, because they don’t totally understand the language and its rules. It’s really funny in conversation with friends, but when you’re trying to convey something to a professional audience you really want to make sure your words don’t get twisted. It can unintentionally confuse people and muddy your message.”

Clear communication is Lauren’s bread and butter. Seeing opportunities like this, Lauren recently launched The Final Edit, a proofreading, editing and copywriting company that helps Dutch natives and international expats present themselves clearly and fluently in English.

“No matter how proficient and fluent you are in a second language, it’s just not your native language. There are small nuances and colloquial phrases that’ll always be missed. When I realized this a light bulb went off. I thought, oh my gosh – this is something I can offer,” she said.

Lauren’s target market are professionals. “When you’re presenting an important idea to a professional audience, it’s important to effectively convey that idea.”

Lauren knows the professional world inside out. In America, she’s worked in change management, organizational design, and leadership development. In ten years, she’s cranked out Board of Trustee reports, business proposals, marketing campaigns and event brochures.

Last year, Lauren and her husband decided to leave corporate America and hit the road. “I said to my husband, why don’t we do something really drastic and move abroad?” she recalls. “And that’s how we ended up in the Netherlands.”

“It was so exciting to touch down here.” She said. “I moved around a lot growing up. Before I was twenty I lived in seven different states, and moving abroad was the next version of that.”

Although she intended to take a year off work and enjoy her new environment, Lauren soon got to work in the Netherlands. Learning Dutch was the first step. “It was my first time learning a second language, and it really showed me how hard it is,” she told us. “My first few months here deepened my perspective into the importance of communication.”

Meanwhile, Lauren got involved in TedxAmsterdam Women, an organization made up of professional women in Amsterdam. As one of a handful of native speakers in the group, Lauren quickly found herself editing copy on the group’s website.

“These are some of the most influential women in Amsterdam, and even they welcome someone to put the finishing touch to their writing,” she realized. “That’s partly what sparked the idea for my business, and I’ve had a ton of interest since.”

If potty-mouthed Sven wants to avoid accidentally joking about his boss’ bodily functions at the next board meeting, why should he go with Lauren’s company?

“I come from a background where I had to write messages every single day to motivate people to some kind of action. They had to be easy to understand, in relatable terms and concise,” she told us. In other words, sharp and effective communication is her specialty.

As well as communicating for clients, Lauren has experience in coaching, making her a listener as well as a speaker. She’s confident in her talents and looking forward to developing her business and her relationship with the Netherlands in the coming months and years.

And that relationship is a relaxed one. Coming from the relentless, work-dominated lifestyle in the United States, Lauren finds life in the Netherlands a pleasant contrast. “It’s been a refreshing change seeing how career can be one of many passions filling a person’s plate, ultimately taking a more balanced position in a person’s identity,” she told us.

She thinks the Dutch have a healthier lifestyle than their American counterparts, but does admit to having had her fair share of bitterballen and friet met mayo. Everything in moderation.

Want to give your professional English that finishing touch? Lauren can help with anything from a client-facing email to a full-on business proposal. Visit her website or call 0614576401.

5 Responses to "Freelancer in the Spotlight: The Final Edit"