Zwarte Piet has been a hot topic in the Netherlands, and around the world, across the last few years. The tradition, popularized in a 19th Century children’s book, sees a white person wearing full blackface, an Afro wig, red lipstick, and earrings. As a character, Zwarte Piet is part of December’s Sinterklaas holiday acting as a helper to St. Nicholas.

Last week, under pressure from recent protests, Dutch Prime Minister Mark Rutte spoke on the controversial topic. He said his impressions on the character have undergone “major changes”. Rutte also admitted that his prior belief on the subject was, “Black Pete is just black”. Despite this new view, he has not gone as far as to ban the character from the public altogether. Rutte did, however, say that “this is a folk culture which changes in time under pressure from debate in society.” 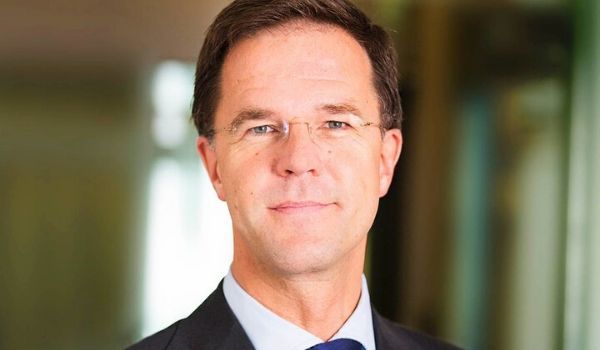 Thousands Take to the Streets

The comments came before the Dutch Parliament as anti-racism protestors took the Netherlands’ streets between 1-7 June. These protests occurred in solidarity with the recent US police killing of unarmed African-American man George Floyd, yet a primary organizer was the local group “Black Pete is Racism”. The protests saw some 5,000 converge in Amsterdam‘s Dam Square. Demonstrations also occurred in The Hague, Rotterdam, Groningen, Utrecht, Maastricht, Zwolle, Nijmegen, Tilburg, Eindhoven, and Enschede, drawing tens of thousands more.

The Argument Against Zwarte Piet

The ideology behind the “Black Pete is Racism” movement believes that Zwarte Piet perpetuates racist tropes. Rutte has said young children have told him how they “feel incredibly discriminated against because Pete is black.” Despite this, he also offers sympathy to those who do not want to let go of “that symbol”. Rutte also states that he believes the practice “is changing over time, under pressure from the societal debate” and his expectation was that in a number of years “you will hardly see any more Black Petes.”

The Argument For Zwarte Piet

On the alternate side, those who believe Zwarte Piet is not a racist description argue that it is a part of Dutch tradition. Some also argue that the character is not a black caricature at all but rather a sooty faced man, blackened from climbing down chimneys. Others hod on to the fact that children enjoy the tradition and it is not harmful. Such arguments tend to also highlight an urban/rural divide with the former leaning against, while the latter argues for. Prominent figures who have come out against Rutte’s comments include Geert Wilders, who tweeted that Rutte “is now joining the leftist multi-culti camp and opposing Zwarte Piet”. The leader of The Freedom Party (PVV) went on to say: “We have a prime minister who now stands for nothing. The PVV holds on to national traditions well, for us Zwarte Piet will forever remain black!”

Despite being one of the world’s most progressive and socially minded-countries, the Netherlands continues to wrestle with some of the more problematic elements of its colonial history.  On This, Rutte also spoke: “There are people in the Netherlands too who are judged not on their future but on their past, their background, who are spoken to not as individuals but because of the group they come from, not for their behaviour but for their religious beliefs. It happens in the Netherlands as well. It affects a lot of people in this country.”