From the 7th to the 25th of September, join the Scapino Ballet Rotterdam and the Dutch band Blaudzun along with Codarts Circus Arts to pay homage to 135 years of the Koninklijk Theater Carré with their performance “Oscar.” A tribute in honour of the theatre’s founder, Oscar Carré, these artists of mixed genres will put on a performance of dance, circus, and concert on the theatre’s own circus ring. The very same arena where Oscar Carré himself debuted his standing circus and horse shows. The circus acts vary with an ensemble of eight: an acro dancer, rope, globe and handstand acrobats, a trapeze artist, and a juggler, all flaunting their skills with respect to Carré. The artistic director and choreographer Ed Wubbe found inspiration in the fascinating life and career of Oscar Carré himself, working with the show’s composer Blaudzun to create this magical spectacle in honour of the theatre’s figurehead. So why not plan the perfect finale for your 2022 summer and book tickets ahead of time? 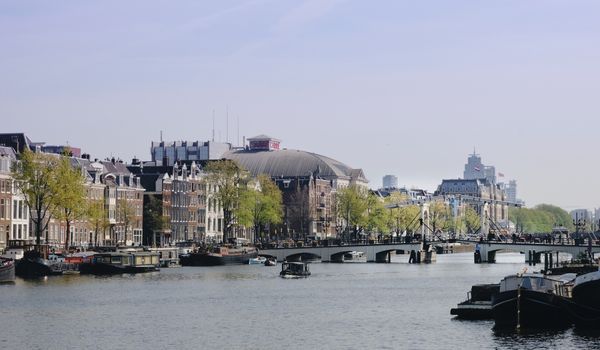 It was finally on the 2nd of December, 1887, that the Circus Carré Theater opened on the Amstel. This followed years of Carré seeking the funds and permits necessary to establish a circus arena made of stone in Amsterdam. Carré had come from a reputable circus family and had grown into a respected horse trainer himself. The theatre originated from his idea to create a circus arena as grand as a palace, where commoners and wealthy people alike would feel at ease and enjoy the same entertainment. But, of course, this sentiment wasn’t always shared elsewhere, so Carré is remembered as a public figure far ahead of his time, delivering inclusivity and affordability in the city. Though the world-renowned horse trainer and circus entrepreneur had put down roots in Amsterdam, he continued to perform beyond the Netherlands, too, gathering his entire circus onto his own train and touring with them from field to field, ready to pitch their big top in the next best town.

Soon enough, Carré realised that the city of Amsterdam, its residents and guests, sought after more than extravagant circus shows. Part of his entrepreneurial genius meant that Carré could look beyond his own parameters and venture into the unknown by transforming his circus arena on the Amstel into a multipurpose variety theatre. This way, Carré and his theatre could better tend to the whims and fancies of Amsterdammers. This is why the Koninklijk Theater Carré now draws back its curtains on ballet, opera, musicals, comedy, pop concerts, and even ice skating. But, as Carré never shied away from the circus business, neither does his theatre—with its arena hosting company presentations, premieres, and conferences. So, if the background of the city’s own circus theatre fascinates you, why not lean into your Dutch and read up on the captivating story of Carré? 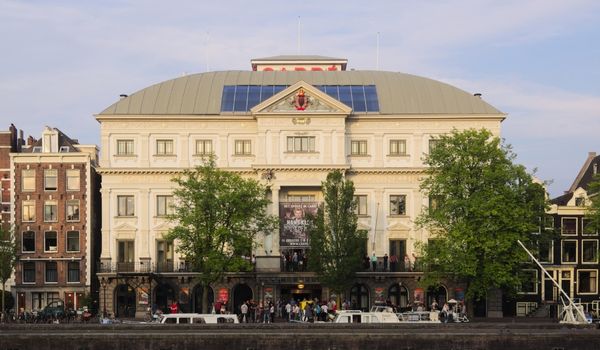 The “Oscar” performance begins at 8 pm, with matinées on the first Sunday and Saturday and Sunday the following weekends. The performance, exclusive to the 135-year celebration of Koninklijk Theater Carré, will last about two hours with an intermission. It is expat-friendly and delivered in English—although any tearful acknowledgements might be spoken in emotional Dutch. Tickets, including a restoration surcharge, range from 29€ to 59€ for seating in the Gold Rank. Be aware of the booking costs, which amount to 6% a ticket. Any postal charges that occur if you would rather receive your tickets by mail than by email. Tickets also offer an option to expand your experience with drinks and restaurant packages. Dinner in Carré arrangements covers a three-course meal at 38.50€ with booking times from 5:30 pm and in 15-minute intervals until 6:15 pm. The drink arrangements can be enjoyed during the intermission in the Grand Café Carré. They can also be taken to or In de Nok, with a birthday package at 7.50€, a drinks package at 12.50€, and a champagne package at 17.50€.

For our visually impaired expats, note that a blind interpreter is present at the matinée on the 24th of September, where they will provide information on the stage setting and costuming in an introduction before offering a live audio description via wireless headphones to commentate the performance. In addition, guide dogs are welcome in the Carré Theatre on consultation.

The theatre sits within the ring of Amsterdam’s canals in the historic Plantage neighbourhood, home to many beloved museums, including the National Maritime Museum, the Rembrandt House Museum, and not to mention the Artis Zoo. Check out De Plantagebuurt’s website for insider tips and useful links to all the museums and events, as this neighbourhood invites you to enjoy an entire day of activities before stepping into the grand Neo-Renaissance of the Carré theatre in the evening.

If you don’t have the GVB app on your iPhone or Android, here is how to get to the theatre in time. From Amsterdam Centraal, hop on metro number 51 in the direction of Isolatorweg. Jump off at Weesperplein after a ride of just 4 minutes. The theatre is only a five-minute walk from the Weesperplein metro station, so long as you follow the Sarphatistraat towards the bridge and then walk along the riverfront until you spot the striking white façade of the Koninklijk Theater Carré.