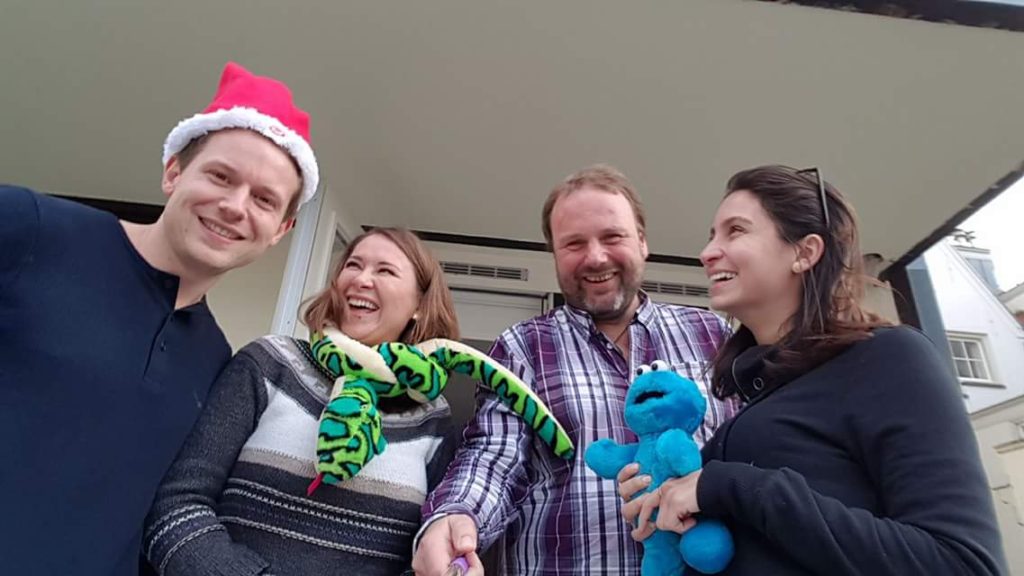 Although many Dutchies are well-versed in English, learning to speak their native tongue is worth the challenge. While there are plenty of traditional language courses on offer in the Netherlands, you’ll find that most teach the same content, in the same way.

We spoke to Albert Both from Talencoach, who’s playful teaching techniques are unique and stand out in the classroom, to find out the unusual, yet useful, methods he uses with his students.

Learning the ‘naughty’ words of a foreign language is a great way to get rid of your own inhibitions, and surprisingly, an equally great way to form connections and make friends.

The Dutch are known for their quirky sense of humour. If you understand this humour (which swear words are a part of), then you’ll have a better chance of forming connections with the Netherlands natives. If you can’t share dirty jokes (that are often told amongst Dutch friends) then it’s very easy to feel left out. You don’t have to tell the jokes, but it’s important to understand them.

The joy of a filthy mind also allows you to learn a lot faster. One of the biggest mistakes traditional classes make is only teaching extremely formal language. Speaking in this overly-polite manner will end up creating distance between you and the Dutch, preventing you from forming connections.

“You’re already intelligent enough to know when it’s appropriate to swear,” says Albert. “So learning these words is more about being able to understand Dutch humour and the jokes they tell. If you can do this, the Dutch will see you as part of their group and it will be easier to connect with them.”

When learning a new language, people need to be open-minded and creative – cue the stuffed animals.

“Incorporating stuffed animals into the lessons stirs up positive emotions and reflects playfulness,” says Albert. “They put people in a state where they’re a lot more open and are confident to experiment with the language.”

If you’re only learning the formalities, chances are you won’t form a connection with the language, and learning it will soon start to feel like a chore. Imagine if your teacher is repeating the same boring dialogues about meneer en mevrouw Jansen for you to memorise, versus if a stuffed polar bear is acting out the example instead. Which do you think would be more interesting to listen to? Chances are the polar bear’s going to stick in your mind a lot easier.

If you’re invited into a fun, creative environment, you’re more likely to have a positive feeling about learning Dutch. 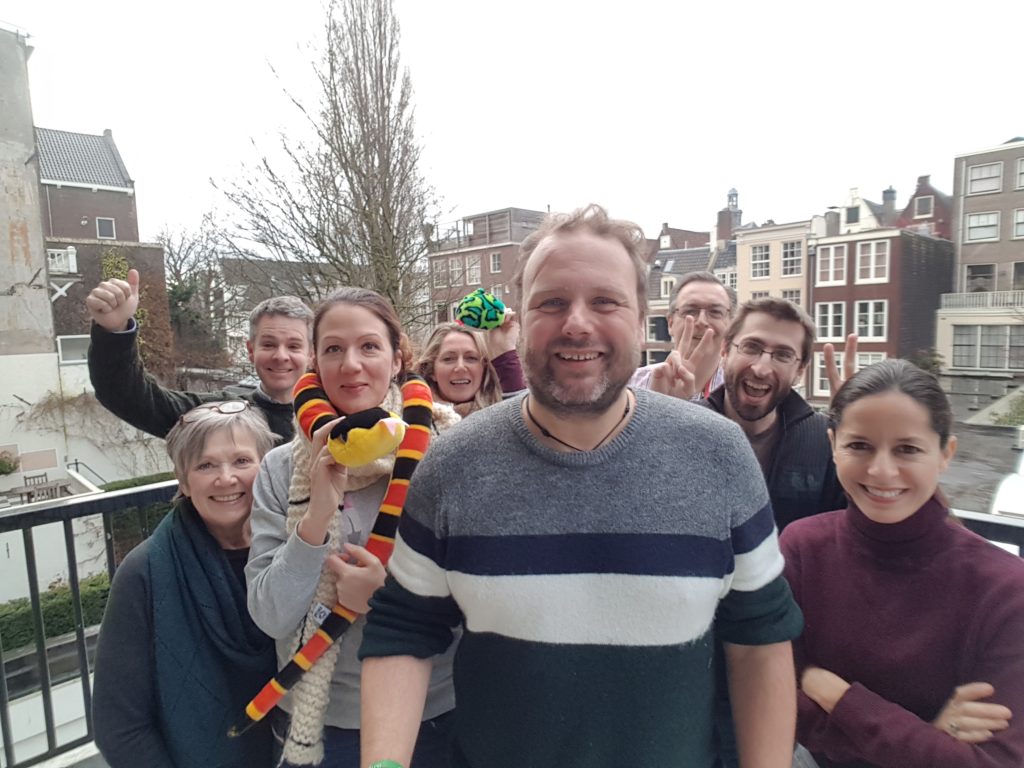 It’s no secret that the Dutch love board games. Using a practical learning strategy, like playing board games, will help you pick up words a lot quicker than simply memorising dialogues.

“Board games create a visual, playful environment that help you to open up and have fun with the language,” says Albert. “If you’re having fun, are engaged and at ease, you’re more likely to have a positive experience, which is one of the most important, yet overlooked, aspect of learning a new language.”

The other people in the classroom also have an impact on your learning. By creating a fun, interactive environment, it’s more likely to be a positive space for everyone, which will make you feel more confident learning the language.

With accelerated learning, you learn with a different mindset and through many different channels, including visual, kinaesthetic and auditory.

The Dutch Brainwash course, offered by Talencoach, is an intensive Dutch course that’s completely different from any other language course. The idea behind this course is that when you’re doing something for seven days in a row, you’ll get there so much faster than attending a traditional language class just once a week. Most language courses constantly limit you, forcing you to speak about only one subject per lesson. It’s important to try and break this rule, and use your own life and needs for the primary source of inspiration.

At the beginning, a traditional course can look attractive, especially to those with time constraints. But, in the end, it’s very harmful because you start to think you can’t learn the language. You forget things in the week you have to wait between lessons, and then spend the next lesson playing catch-up and learning at a pace that’s too slow.

“Traditional classes teach you that it’s a matter of memorising dialogues and certain phrases,” says Albert. “But it’s important to first change your attitude and way of thinking towards Dutch, which is absolutely necessary to learn the language.”

Take the pyramid of Maslow, for example. Traditional language courses usually only cover the lower level, survival content – such as going to the doctors, or a trip to the supermarket. By learning on a higher level instead, you’ll learn more conversational language that you’re more likely to use in everyday life. What you’ll find when you start on a higher level is that the lower levels all of a sudden become easier to learn, and you’ll learn a lot more in the process.

“The higher level of the Maslow pyramid is also connecting with other people and self-realisation,” says Albert. “The fact that you learn a whole new language can also be a symbol for other areas in your life. Things that you can learn are how to have more self-esteem and how to feel more positive about your own talents.”

The more comfortable you are with making mistakes, the more successful you’ll be in learning Dutch. If you’re making mistakes in a safe environment, you’ll be able to learn from them, become totally at ease and be less afraid of speaking the language.

“Before starting my brainwash course, I have students sign a contract saying that they will make 65000 mistakes, in my presence, during the course.” says Albert. “The goal of this is to feel good while making mistakes and to become resilient and unstoppable!”

Expand your vocabulary by combining words to create new ones. For example, neus (nose) and hoorn (horn or cone) can be combined to create neushoorn (rhino). By then adding an image next to each word, you’re still learning in a visual way.

Not only does this visual method of learning keep things interesting, while making it easier to remember the words, but you’re also learning three words instead of one each time. This helps to accelerate your learning and increase your vocabulary 10 times faster.

“Dutch is also very metaphorical,” says Albert. “This teaching strategy helps you to understand that through some of the word combinations you’ll learn.”

By having your personal details, and the personal details of your classmates, added into teaching examples, it makes it easier to be involved and interested in the lessons. Even if you aren’t 100% sure what’s going on, it will help you pick up things a lot easier.

“This personal approach makes it more interesting for students,” says Albert. “They become more connected with the language and more engaged in the classes, while learning how to use the language in a conversational way.”

Albert also encourages students to come into each course with a goal. Whether that goal is that you want to communicate better with your Dutch partner’s family, or to get more involved in the workplace. By outlining a clear goal, you can personalise your learning and focus on what’s most relevant.

“Depending on your goals, you can learn things like what to say if you think that your schoonmoeder (mother-in-law) should keep her mouth shut, how to come across as very intelligent and empathetic, and certain words that can enhance your love life,” says Albert.

If you’re ready to take your Dutch skills to the next level, check out Talencoach and get ready to master the language of the Netherlands. You can also download their free ebook, or attend one of their free Dutch workshops.