Forced Adoption In The Netherlands: Now The Mothers Fight Back

This beautiful moment after nine months of happy anticipation and hours of pain when a mother finally gets to hold her newborn baby in her arms. A moment that can be one of the happiest in life. Or one of the worst. Because in the Netherlands, thousands of women were never given the chance to hold their children after they were born. Instead, they were immediately taken away and were given to other families. This is the story of the so-called afstandsmoeders (eng.: birth mothers) which happened between 1956 and 1984. 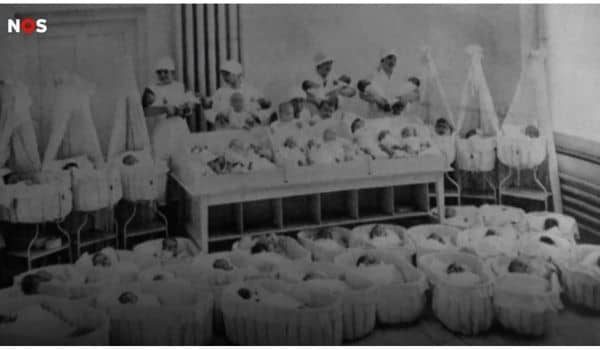 The Scandal of Pregnancy Before Marriage

Looking back at the 1950s in the Netherlands, society was quite conservative and the power of the clergy was strong. Young women were expected to only have sexual intercourse after they got married. Getting pregnant as a teenager or as an unmarried woman was considered a huge scandal.

To avoid gossip, families sent their daughters away before their pregnancy became too visible. They claimed the girls and women would spend a few months with relatives outside of town, while they were sent to mother-child-facilities, often run by the clergy.

The pregnant girls and women lived there until they were ready to give birth. Even though adoption became legal in 1956 these afstandsmoeders were never sufficiently informed of their rights to keep their children. The social condemnation and public humiliation of the family simply would have been too much.

So instead, while in labor, the young women were blindfolded, to not see if they gave birth to a baby girl or a baby boy. Right after the baby has left their body, it was taken away to another part of the hospital and was soon given away for adoption, to families that couldn’t have children of their own. In multiple cases the babies were renamed, so the mothers wouldn’t have the chance to find them. After the girls and women returned home to their families, the pregnancy was never mentioned again.

What sounds like dystopian fiction by Margaret Atwood happened in the past in the country you are living in right now. In the years from 1956 when adoption became legal until 1984 when abortion became legal unmarried women went through this trauma. And we are not talking hundreds, but thousands here. Many of them are still suffering today from what was done to them in the past. 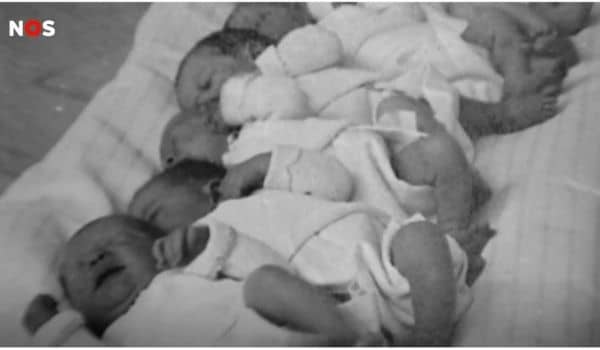 The Dutch woman Els got pregnant by the age of 15 in 1969 and shares her memories on the website of FIOM that supports women in cases of unwanted pregnancy. She remembers: “I was not allowed to see anything during the process of giving birth, so they put a cloth over my face. But I managed to take it off. That way I had the chance to take a quick glimpse at my child. Afterward, they took it away immediately.” After that, her life changed completely. “The sweet girl was suddenly gone. From that moment on I was like an actress. I became the one that was always the clown, just to not show my pain. This is something you can never forget.”

In September 2019 the dutch broadcaster NOS produced a short documentary about the afstandsmoeders and got hold of Harlinde van Osselaer who worked as a psychologist in one of the clinics. She remembers that many women wished to keep their babies, but it was not even considered an option. “It was clear that the girls were under a lot of pressure. Still, they tried almost everything to prolong giving birth as long as possible. Some even pressed their legs together to prevent the baby from exiting their bodies. It was just awful.”

Afstandsmoeders Want To Be Heard

But they have now found their voices. Even though many of the women still feel too ashamed to share their stories with the world, others have come forward and told the dutch society about the horrible experience they had to live through under the eyes of the local government. In September 2019 Trudy Scheele-Gertsen made the brave decision to tell people about her past in the Dutch TV show De wereld draait door. By now she even went that far that she got herself the support of dutch lawyer Lisa-Marie Klomp to sue the state for what she has been put through.

Will van Sebille, also an afstandsmoeder, founded the foundation de Nederlandse afstandsmoeder which supports women that were forced to give their children away. 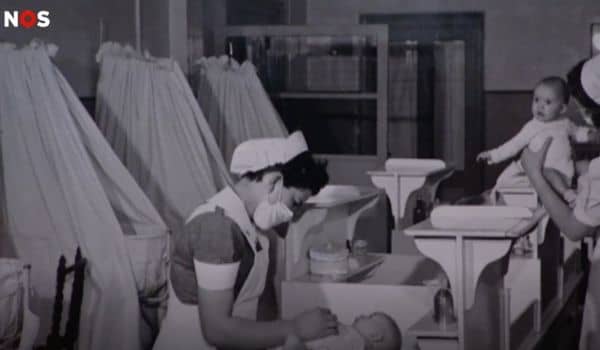 So finally the voices of the afstandsmoeders seem to have been heard. In 2017 the Radboud Universiteit Nijmegen researched the topic and concluded that more than 10.000 women were forced to give their children away for adoption. Currently, the Dutch rijksoverheid has assigned the Verwey Junker Instituut to look even deeper into this topic. Until the 31st of July 2020 women as well as adopted children had the chance to come forward and share their experiences. The results will be presented in the spring of 2021.

Of course, this will never be enough to help the women forget the pain and trauma they had to deal with every single day of their lives after giving birth. But at least it is a first step to publicly acknowledge the injustice that was committed in the past. So it hopefully will never happen again.