A Short Avian Guide to the Netherlands

For a relatively small country, The Netherlands is home to very rich wildlife population. From the majestic heron to the exotic parakeet, you can also find a wide variety of avian species in the country’s skies. The cherry on top? You don’t even need to go far or acquire any specific skills if you want to observe them. As a matter of fact, bird spotting in the Netherlands can be done directly from the comfort of your own bubble and by simply looking around! In this short avian guide to the Netherlands, we will go over some of the most surprising (and common) birds that you can regularly spot in cities around the country. 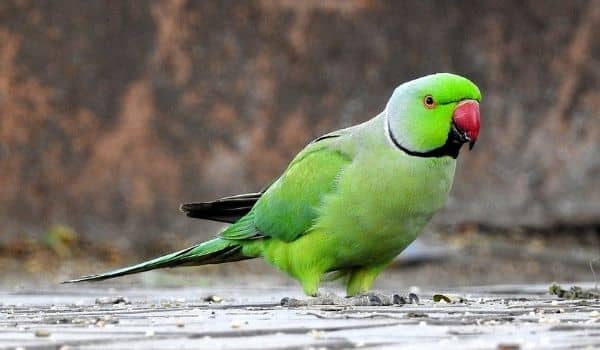 The green parrot, or parakeet, is probably one of the most unexpected avian species you can regularly spot in the Netherlands. Usually associated with tropical weather, the colorful birds seem to have successfully adapted to the colder Dutch weather and can be seen all over its cities. Initially brought from abroad in the 1970s as pets, the reasons for their establishment and proliferation around the country is linked to many urban legends. From an old women who would have purposely released a mating pair, to an accident involving a truck carrying exotic birds, the only thing that is certain is that the species is here to stay.

At the centre of their controversy, the birds are considered a pest by many and are even said to cause a negative ecological impact due to their territorial nature, leading them to be included on a list of the 100 worst invasive alien species. They are also a source of nuisance for many residents as they can be particularly noisy. This includes the Dutch parliament whom, according to rumours, have been their victims on multiple occasions with some debates being completely drowned out by their noise. Despite that, most residents wouldn’t have it any other way and to this day, you can still find many people, including newcomers, regularly marvelling the sight of them. 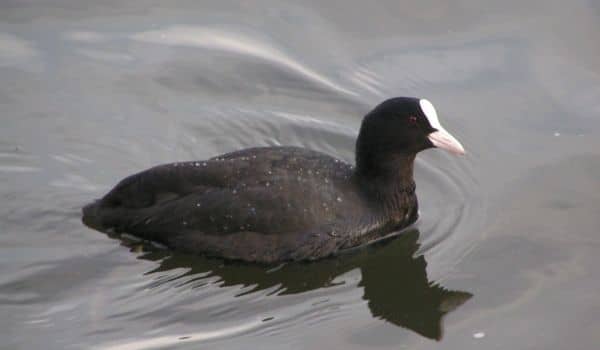 The coot, also known as the Eurasian Coot, is probably the easiest bird to spot here in the Netherlands, and more particularly in the Holland province. Usually found roaming along or right in the country’s iconic canals, the Netherlands, with its total surface consisting of 17% water, constitutes the perfect environment for this waterfowl. With its distinctive small white head that contrasts with its round black body, the bird looks particularly adorable, even more so when they are parading around with their many chicks. Despite their innocent looks, they are actually troublemakers and can often be seen fighting and chirping, with their very distinctive high pitch quack, at other birds. However, contrary to the parrots, they are also considered an ecological ally as they can be found regularly cleaning up plastic from the canals in order to build their nests. Their inclination towards individuality and their opportunistic nature led the species to be called the most human bird species by the biologist Remco Dallder who published a whole book about the coot. They are even said to recognise faces and to have a preference for what is familiar. This led many of them to settle for years along certain house boats where they can be found shielding themselves. This proximity led them to build a close relationship with many residents and to establish themselves as residents in their own rights. 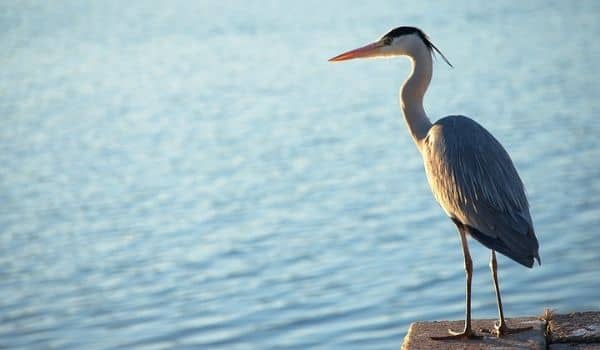 Originally pretty shy, the heron is another very common bird in the Netherlands and one that is impossible to miss. With a height of over a meter, they can usually be spotted standing completely still by the water where they are patiently waiting to catch their next meal. This makes them particularly easy to photograph and approach, for the great pleasure of most people and tourists who are surprised to spot this bird that is usually so rare elsewhere. While the grey heron, who is funny enough called the blue heron in Dutch, is the most common, many types of heron can be found in the Netherlands such as a the white heron or purple herons whose population hit a record last year with almost 1100 occupied nests, and the number keeps going up! In fact, the Netherlands gathers the highest density of grey heron colonies in the whole of northern Europe which impacted the bird and their nature greatly as they got to evolve from a simple water bird to a street bird! While the bird’s diet consists mainly of fish, they became omnivores due to their new environment and discovered a liking for rats and rabbits. They fascinate the Dutch so much that a whole documentary, called Schoffies that focuses on the relationship between the bird and Amsterdammers was released in their honour in 2006. 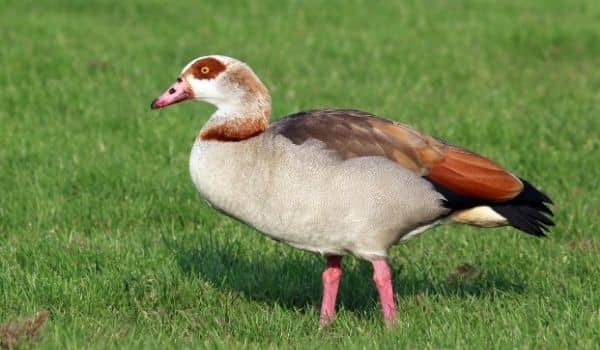 As its name indicates, the Egyptian goose is not native to the Netherlands, very far from it! Similarly to the green parrot, the species was introduced in the Netherlands as an ornamental bird due to its colourful plumage and somehow bred into the wild in the 60s. However, their acclimatisation took some time and the species encountered many obstacles making their spread particularly difficult at start. Used to breeding in January, the cold weather had at first a dramatic effect on their survival and many of their chicks would unfortunately not make it through the cold temperatures, pushing them to adapt. Their resilience as a species led their population to explode in the 90s and it is still in the rise to this day. This is due to the fact that they need very little to raise their chicks. As a matter of fact, they can often be observed occupying the nests of other bird species like storks.

Usually staying in pairs, the Egyptian goose is monogamous and a couple can stay together for their entire life. However, don’t dare approaching them to close during breeding season as they can become particularly aggressive and honk at people that would get too close to their nests. However, most of them remain docile. Another surprising fact is that despite their name and the many similarities when it comes to their appearance, the Egyptian goose is not a goose at all but a duck which proves that even with birds, you shouldn’t judge a book by its cover! 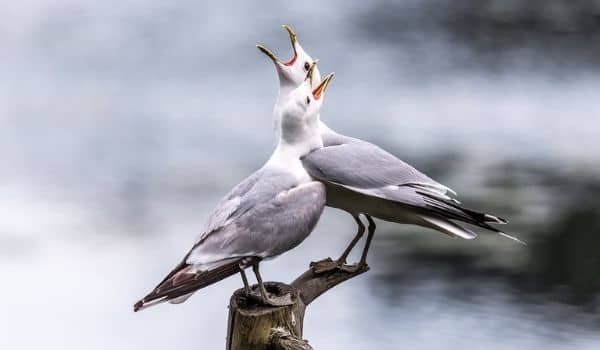 We can’t mention birds in the Netherlands without mentioning seagulls. With a large portion of its land being reclaimed from the sea, the Netherlands is very connected to the North sea, and more than half of the Dutch live along the coast which stretches over 350km.

While the Dutch sea is not particularly known as a swimming spot due to its dangerous current and the cold waters, it is a lively found for sea life and fishing which naturally attracts a lot of seagulls! Most of them even made their way into the cities and they can usually be found gathering on top of herring stands, one of the Netherland’s top cuisines which the seagulls are also particularly fond of. However, they are a bit less polite than the Heron and are known for being vicious thieves. In fact, most of them don’t mind stealing directly from the hands of people which led to many disappointments as well as giggles!

Even though people love to hate them, the Netherlands wouldn’t be exactly the same without the playful and mischievous animal! While the Netherlands tried many different ways to control their population – one of them was to send foxes in dunes in order to hunt them – the attempts always failed miserably leading the birds to slowly gain the respect of the Dutch people and they are even protected by law.

Birds are so part of the Dutch urban fabric that the Dutch even called whole districts in several cities like Amsterdam, Rotterdam and Haarlem, after bird names and the connection doesn’t stop there! Bird watching is not far from a national sport in the Netherlands and if you pay enough attention, you can regularly find people engaging in bird spotting in the city’s green areas. As a matter of fact, in 2016, a Dutch man even won the world record for the most bird species seen in a year showing you the extent of their passion for birds. What are your favourite birds in the Netherlands and the ones you come across the most?