5 Destinations for Film Lovers in the Netherlands

The Netherlands has a vibrant, unique history in film. The country has been home to many exciting cinematic endeavors since the production of the first Dutch film in 1896. This rich culture also comes with many sights that all film lovers in the Netherlands should visit.

From the scenic canals of Amsterdam to the tulip fields of the countryside, many sights in the Netherlands have inspired filmmakers. Both acclaimed Dutch directors and Hollywood productions have chosen to shoot unforgettable films in this country. The legacies of these movies are still present and ready to be discovered. In this guide, we will help you get started with some destinations film buffs should not miss. 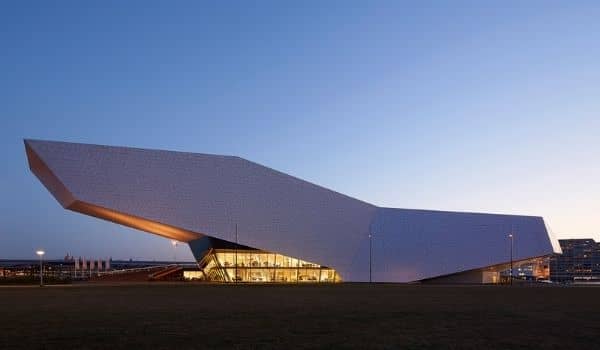 The prestigious Eye Film Institute has been a staple of Dutch cinema for more than half a century. The institution gives an overarching image of the country’s filmed cultural heritage with its collection. That includes archived footages reaching back to 1895. But the museum is not only a storage facility for memorabilia. It also offers exciting and informative exhibitions for film enthusiasts. Furthermore, it regularly puts on events such as the annual Art & Film Prize gala. It is also active in the restoration of old cinematic treasures. You can also catch a screening while you are there, as there are no less than seven cinemas in the Museum.

Currently, the primary exhibit concerns reshaping views on Middle-Eastern landscapes through a variety of media. The topics of exhibitions in the past include Andrei Tarkovsky, found-footage cinema, and the hidden qualities of celluloid. The permanent presentation is also worth checking out. It takes visitors on a detailed, fascinating journey about film technologies through the ages. Even the savviest film buffs could learn a thing or two here.

Architecture enthusiasts will also be excited by the museum. The building was designed by Delugan Meissl Associated Architects, who also created the Porsche Museum in Stuttgart. They design buildings that appear to be constantly in motion, which makes EYE an exciting addition to the cityscape and a place all film lovers in the Netherlands simply must visit. 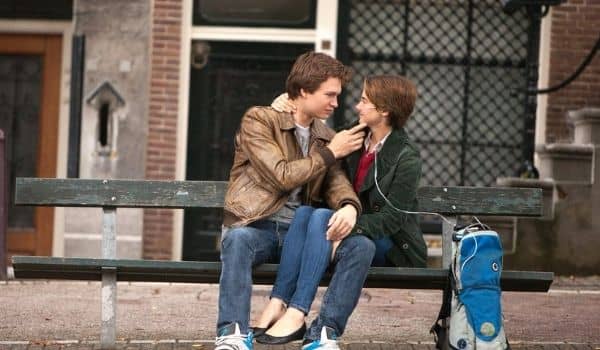 The Fault in Our Stars Bench

Tears were shed upon the release of the dramedy The Fault in Our Stars, starring Ansel Elgort and Shailene Woodley. The insanely popular 2014 film was partly shot in Amsterdam, making it a favorite spot for fans to visit. Some sights from the film, like the Rijksmuseum or the Anne Frank House, have become the destinations of their pilgrimages. The most essential tourist destination connected to it is a bench at the intersection of the Herengracht and Leidsegracht canals. Here is where Augustus and Hazel shared in an iconic embrace during one of the most unforgettable scenes.

The bench has gone through much since the film premiered. It was stolen in 2014, and later got restored by the local government. Now all fans can enjoy its almost-original glory.

How to get there: The best way to get to the bench is to take either tram 2 or 12 to Koningsplein. From there, it’s a short walk through the Herengracht channel. The bench will be right there between Leidsegracht #2 and #4. Alternatively, you can consider getting off at Spui and taking a slightly longer walk in the area. 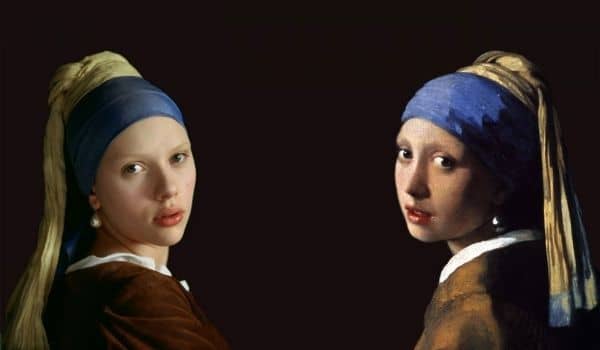 Delft, home to the Girl with a Pearl Earring

Both film lovers in the Netherlands and of fine art enthusiasts will enjoy a day trip to the town of Delft. This place is more than just the hometown of legendary Dutch painter Johannes Vermeer. It also served as the primary shooting location for the Hollywood movie made about him. The Girl with a Pearl Earring starred Scarlet Johansson and Colin Firth as Vermeer and explored the eponymous artwork’s backstory.

Once you have arrived in Delft, you can easily cover the whole town on foot. You will discover filming locations such as the beautifully preserved main square or the old Meat Hall. You can also get a Vermeer Combiticket that will let you into all essential sites connected to Vermeer. It is also worth visiting the Mauritshuis Museum in The Hague, where the titular painting is on display. The city is located right next to Delft, so the detour won’t take much of your day. 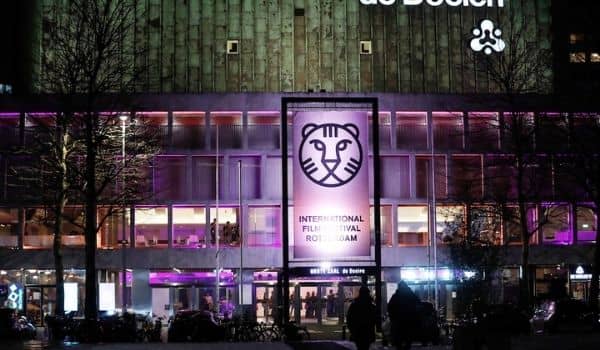 The cold weather does not mean that you cannot find some great film-related activities in the Netherlands. January means it’s time to get excited about one of the most exciting festivals in the world. Founded in 1972, the International Film Festival Rotterdam is among the most prestigious and oldest such events in Europe and an absolute must for film lovers in the Netherlands. It showcases a venerable lineup of international arthouse films at some of Rotterdam’s best cinemas. The festival proves to be a real treat for lovers of cinema every year.

The organizers usually reveal the upcoming lineup every December. You should be on the lookout for whether your favorite directors are featured then. And there’s more to the festival than just catching a few screenings. You can also participate in various workshops and discussions during its ten days.

Last year, the prestigious Tiger Award was won by Xinyuan Zheng Lu for the movie The Cloud In Her Room. There are also separate categories for short films and up-and-coming directors. The IFFR celebrates a unique section of the art film world and provides valuable glimpses into the future of European cinema. 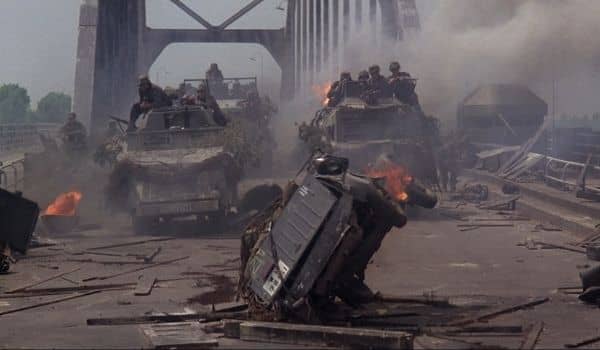 A Bridge Not Too Far

Fans of war movies are in for a treat upon visiting the town of Deventer. The legendary 1977 World War II epic A Bridge Too Far was shot in the city center. The town’s Wilhelmina bridge portrayed the titular construction. After checking that one out, it is also worth taking a walking tour there. The center hadn’t changed much since the time of the filming, or even in fact since its pre-WWII form.

This location might please travelers looking for important places in film history. It probably won’t do the same for people that seek one of world history. The city of Deventer was a stand-in during the shooting for Arnhem, where the actual events depicted took place. They needed a different spot for filming because the original environment had been modernized to make it suitable.

How to get there: As with most towns in such a small country, you can reach Deventer fast by train. If you live in the capital, you only need to go as far as Amsterdam Centraal, and you will arrive there in no time. Once you are there, the bridge is only a 15-minute walk away.