In an increasingly globalized world, middle managers and established professionals may be asked to uproot themselves and their families and move to a new country. The Netherlands alone is home to between 39,000 and 70,000 high-salary expats. But for all the opportunities that relocation presents, it comes with its own set of financial headaches.

Robert Rigby-Hall knows this world inside out. Having spent his working life moving back and forth between his native England, the USA, and Singapore, Robert co-founded Beacon Global Group and Beacon Financial Education in 2012, to provide independent financial guidance to expats.

Before this venture, Robert worked in HR for over two decades, where he tells us he “moved people across every continent except Antarctica.” ExpatRepublic got in touch with him, and he told us what expats need to look out for before, during, and after the big move.

You’re sitting in work and your boss tells you about a position opening up in another country. You get excited, then a little worried, then go home to your family and try to work out what your options are.

“After the initial excitement, reality sets in,” Robert told us. “There are some important things to think about before you relocate. Where are we going to live? What’s the housing situation like? What do things cost there? Will I still have to pay tax at home? What happens to my social security? These are all questions we can help them with”

Potential movers should weigh up their company’s offer against their current deal. Any help your company can give you with housing, setting up bank accounts, tax advice, etc. can help sweeten the deal and make the transition to a new country easier.

For Americans, Robert recommends buying life insurance before heading abroad, as this can be difficult or impossible once they’ve left the US. 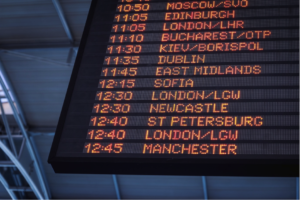 There’s only so much Google street view and Wikipedia can tell you about your new location. Taking an orientation trip is a chance to try a new country on for size and get a feel for day-to-day life there. It’s also a chance to take care of a few more important financial matters, like starting to open a bank account.

“You may want to look at housing and ask ‘is the amount of money I’m being given enough to get the right kind of house I need?’” Robert told us. Expats need to prepare for the fact that housing styles and standards differ between countries too.

“Take an American family moving from Detroit to Stuttgart. They’re used to a big, five bedroom house in the suburbs, and they won’t have the same space in a European city where houses are much smaller.”

You’ve moved into your new house, your belongings have arrived, you’re earning money and have hopefully collected a few bonus payments. For many professionals, putting some of that cash into investments is the next step.

That’s assuming you can invest in your new country. “It’s very hard for Americans to invest outside of the US. Most financial institutions outside the US don’t want to deal with American tax compliance laws.” Providing financial help to Americans affected by the 2010 Foreign Account Tax Compliance Act (FATCA) was one of the main reasons Robert and his business partner Randy Landsman set up the Beacon Global Group.

Even if you don’t want to lay away money into investments, you may fall in love with your new country and want to purchase some property, to live in or to let. Mortgages and property matters are just some of the areas that Beacon can advise you in. 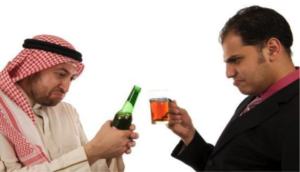 Of course, even with all the financial issues taken care of, moving to a new country comes with its risks and pitfalls. “Talk to someone who knows something about being an expat. Go and find friends or colleagues who are expats and have a conversation with them,” Robert suggests.

The adjustment in living standards can be a shock to some. “If it’s a Tier-1 country, a European country, there’s a lot of resources,” he told us. Expats moving outside the developed world often have a rougher adjustment though.

“Moving to one of the less developed Asian countries, or to the Middle East, it’s often worth talking to your company to see if they’ll provide classes or resources to help you and your family acclimatize”

“I’ve seen expats struggle in these difficult locations. India would be a good example of this,” he said. Culture shock often takes its toll on the families of expats, and foreign placements can fail when the spouse isn’t happy in their new environment.

So after two decades of moving staff around the world, Robert’s most valuable piece of advice: “Keep the spouse happy, and get them engaged in that familiarization process. Anything that can be done to support the spouse is always beneficial.”

Robert Rigby-Hall is the president and co-founder of the Beacon Global Group. When Robert and financial expert Randy Landsman were both expats in the Netherlands, they spotted a gap in the market: there was nobody giving adequate financial advice to American expats.

Since then the Beacon brand has grown, and now includes Beacon Financial Education, offering impartial guidance to expats of all backgrounds. If you’re moving or living abroad and need to get your financial matters squared away, check out their event calendar or immediately register for one of their regular hosted seminars