A night of roaring laughter in Rotterdam 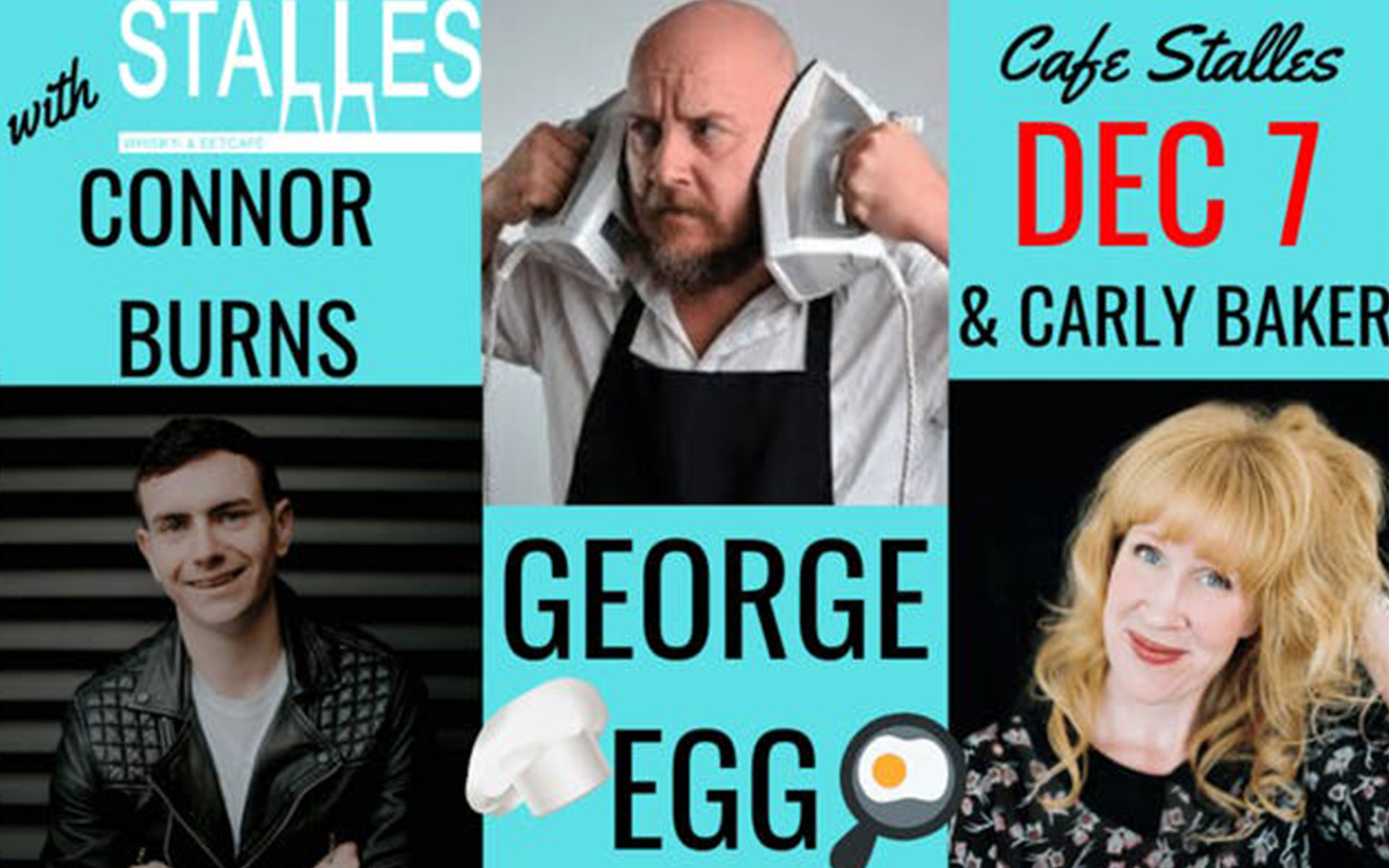 OH, the weather outside is frightful but the laughs are so delightful, inside and cozy with DECEMBER’S JUST KIDDING COMEDY ROTTERDAM – SATURDAY, DECEMBER 7th, 8pm at Café Stalles in Rotterdam. For the 2019 wrap up we have something very special, the uniquely wonderful George Egg – The Comedian Who Cooks! plus young, silly Scotsman Connor Burns Comedy!

George Egg is the comedian who cooks.

Funny, inspiring and absurd this cross-genre stand-up comedian and anarchic chef presents a show that’s as much a comedy set as it is an illustrated lecture. Unique and genre-defining, he makes food onstage using unexpected equipment and unconventional methods, and he makes you laugh too.

In 2015 George took his debut solo show ‘ANARCHIST COOK’, a comical guide on how-to-cook-in-a-hotel-room, to the Edinburgh Festival Fringe. The show was a total sell-out and won him the SPIRIT OF THE FRINGE AWARD. This was followed by a two-year tour of the show that took him to Holland, Estonia, Norway, and New Zealand as well as extensively in the UK including two runs at the Soho Theatre London, and another sell-out run at Edinburgh Fringe 2016.

In 2017 George returned to Edinburgh with his second show ‘DIY CHEF’ where this time he cooked in a shed using power tools. It was another sell-out and the springboard for a second twenty month-long tour which again included a sell-out return to Edinburgh in 2018.

2019 saw George back with a third comedy cooking show, ‘MOVABLE FEAST’ – a guide to cooking with cars, on trains, and in planes. Another Edinburgh sell-out the show is now touring the country.

George has appeared (and cooked) on Channels 4’s ‘Bake Off: An Extra Slice’, ITV’s ‘This Morning’ and BBC Radio 4’s ‘Loose Ends’. George has also presented an episode of BBC Radio 4’s ‘The Food Programme’ which was recorded at The Edinburgh Fringe 2019.

From a no-holds-barred dissection of his own laughable life to a skewed look at the absurdity of the everyday. Let one of Scotland’s rising stars of comedy tell you about the year he’s had. Quickly becoming one of Scotland’s favourites on the circuit, Connor will have you in stitches with laughter and not the usual bottle upside the head you normally get on a Saturday night out in Scotland!

And resident MC Carly Baker (USA) will hold our show together!

:::THE ENTIRE SHOW WILL BE IN ENGLISH:::

As we continue into 2019 we are asking all our guests to purchase your ticket online. Keeps it quick and easy at the door! See the link 😉